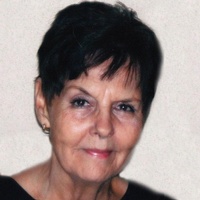 Yvonne B. Winkler, 82, of Cavalier, ND passed away Thursday, August 30, 2018, at Wedgewood Manor, Cavalier, ND. A memorial service will be held Tuesday, September 4, 2018 at 10:30 a.m. at the United Lutheran Church, Cavalier, ND. Visitation at the church for one hour before the time of services.

Yvonne B. Smith was born May 21, 1936 at Claremore, OK to Daile and Iva (Tyler) Smith. She grew up and attended school at Claremore, OK, where she graduated from high school. Yvonne then worked in Texas in an insurance office, it is there she met Reinhold Ã¢â‚¬Å›ReinyÃ¢â‚¬Å¥ Winkler. They were married on February 2, 1957 at Ellington Air Fore Base in Texas. After their marriage they moved to Cavalier. While in Cavalier she worked at TobyÃ¢â‚¬â„¢s Grocery Store, Erickson Drug, C&R Sports, and the Jim Erickson Insurance Agency.

Things she enjoyed were reading, gardening, cooking, and birds.

Preceding her in death were her parents; husband, Reiny; and her brothers-in-law: Carl and Leonard Winkler, Wally Nordstrom; brother and sister-in-law, George and Margaret Nordstrom.

To order memorial trees or send flowers to the family in memory of Yvonne Winkler, please visit our flower store.