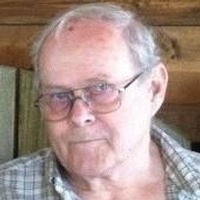 William A. Magnusson, 72, West Fargo, ND and formerly of Cavalier, ND passed away Thursday, August 30, 2018 at Sanford Medical Center, Fargo, ND. A memorial service will be held Friday, September 7, 2018 at 2:00 p.m. at the Askew Funeral Home, Cavalier, ND. Visitation for one hour before the time of services. Burial will be held in the Cavalier Cemetery.

William A. Magnusson was born March 27, 1946 in Grafton, ND to Arthur A. and Helga (Nelson) Magnusson. He was raised in Cavalier, ND and graduated from Cavalier High School. He served in the U.S. Army and had a tour of duty in Vietnam.

On May 2, 1969 he married Barbara Thompson at Cavalier. They made their home in Cavalier until 1999, when they moved to West Fargo, ND. He worked for the Fargo Public Schools until his retirement.

Preceding him in death were his parents and brothers, Lendell and Carl Magnusson.

To order memorial trees or send flowers to the family in memory of William A. Magnusson, please visit our flower store.