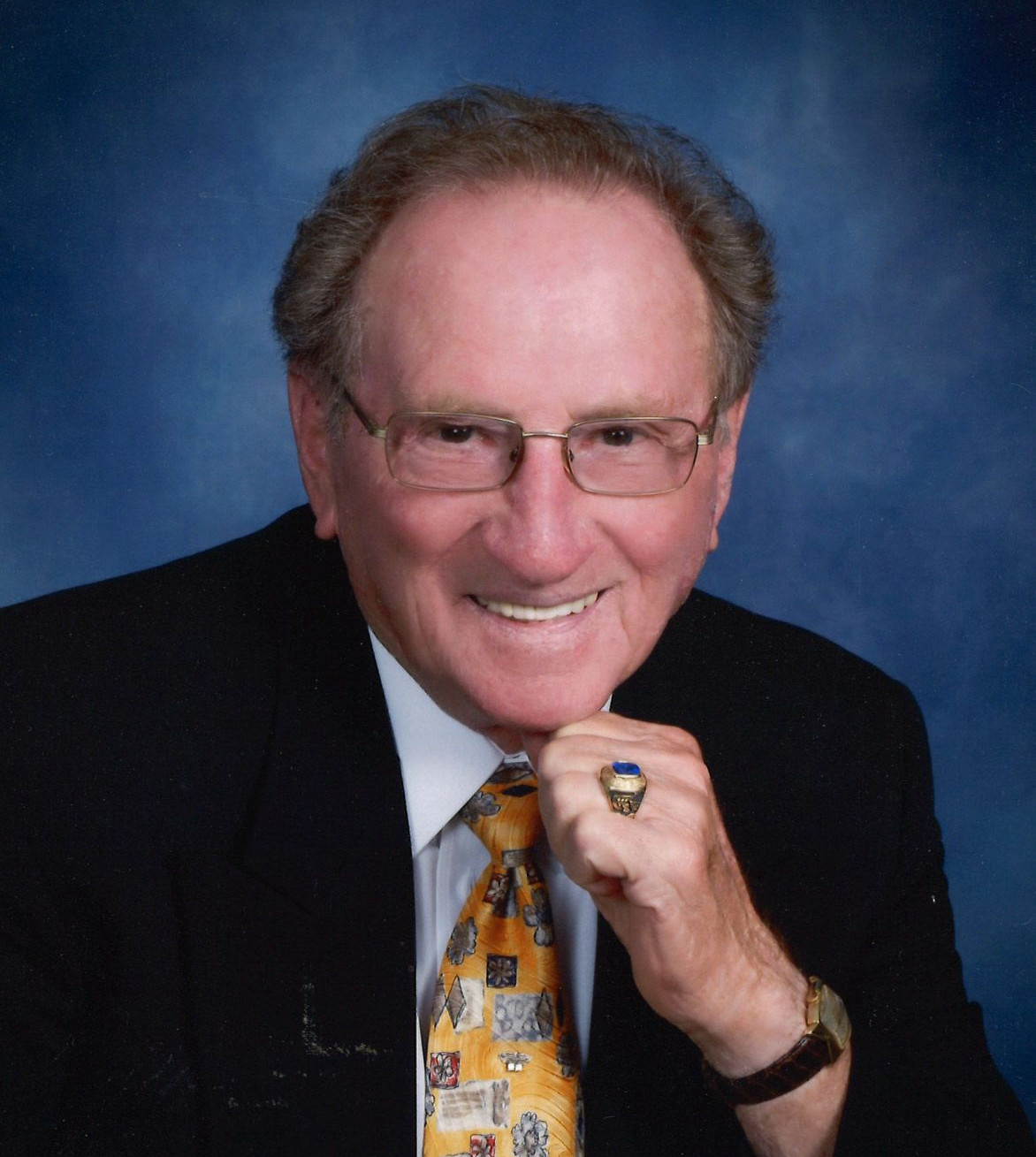 William “Bill” Gerald Gellner, 88, Fargo, died, Sunday, October 10, 2021, at Sanford Health in Fargo.
Bill was born on May 21, 1933, in Langdon, ND, to Phillip and Antholena Gellner. He attended country school until 9th grade and graduated high school in 1950 from St. Alphonsus High School, Langdon, ND. In fall of 1950, Bill attended Bradley University in Peoria, IL, studying Horology. In September of 1953 Bill moved to Fargo and worked at Neubarth Jewelry in Moorhead. He served in the Army in the Panama Canal zone during the Korean Conflict. In addition to his Horology and watchmaking work, he became a life insurance agent and worked in estate planning until his retirement in 2015.
Bill and Roberta Thorson were united in marriage in 1958; together they had a son, Jeffrey. Bill enjoyed spending time with his son, Jeff, hunting, fishing, traveling throughout the country, and spending time at their lake home on Lake Eunice for 32 years. Bill was an avid waterfowl hunter for over 70 years, shooting his first Canadian goose at the young age of 9, shooting over 500 geese and some 300 Mallard ducks, holding high marks in trap shooting. Bill also enjoyed curling, golfing, bowling and lawn dart (jarts), where a nice collection of trophies was gathered. He was an avid fan of the Minnesota Vikings, Twins, Timberwolves, Lynx and the Gophers.
Bill is survived by his son, Jeffrey, of Moorhead, MN; and two sisters: Elizabeth Landsem of Seattle, WA, and Beverly (Chauncey) Rae Myers of Hillmen, MN. He was preceded in death by his parents, Phillip and Anthelena, and siblings: Lorraine, Cecelia, Mary, Raymond and Michael.

Mass of Christian Burial will be at 2:00 P.M. on Monday, October 18, 2021 at Sts. Anne and Joachim Catholic Church in Fargo with visitation starting at 1:00 P.M. (Service will be live-streamed on Boulger Funeral Home’s website.)
A funeral service will also be held at 1:00 P.M. on Tuesday, October 19, 2021, at St. Alphonsus Catholic Church in Langdon, ND, followed by interment at Calvary Cemetery in Langdon, ND.

To order memorial trees or send flowers to the family in memory of William "Bill" Gellner, please visit our flower store.