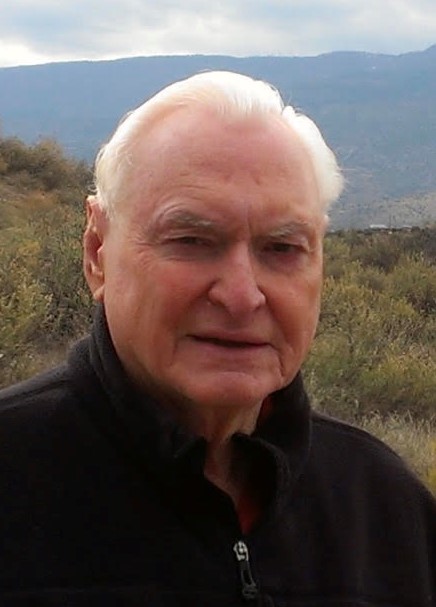 There weren’t many great men like him in this world, and he was one of the best human beings we’ve ever known. Blind to people’s social status, Wes loved people and never met a stranger; everyone in the world, to him, was just a friend he hadn’t met yet.  A man’s man, he loved watching John Wayne movies and listening to Johnny Cash, but also baked incredibly delicious Juneberry pies. Blessed with a wonderful sense of humor, he loved to joke and tease—even in his final hours he was spreading joy and laughter to others. Wes’ Batman costume made many appearances over the years which was appropriate, because he was a superhero to his family and friends.

Wes grew up on a farm outside Neche, ND.  Following high school, he worked odd jobs and went to school in Wahpeton, ND.  In 1951, he enlisted in the US Air Force and served as a C-119 crew chief at Patrick Air Force Base, FL over the next four years.  Following his discharge in 1955, he returned home spending the summers farming and the winters working for defense contractors in Washington/California as well as pursuing a degree in Agricultural Engineering from NDSU in Fargo.  After marrying and starting a family, Wes focused primarily on farming until he retired in the mid-1990s.  Post-retirement, Wes and Ruth relocated to Arizona for the winter months—expanding their network of friends and capitalizing on the closeness of family.

The patriarch of an incredible family, Wes is survived by his daughter Leslie and husband Stan of Colorado Springs CO, son Todd of Coronado CA, son Craig and wife Sara of Loretto MN, and son Jon and partner Armando of Phoenix AZ; nine grandchildren, Miriam, Vanessa, Wesley, Wyatt, Cole, Savannah, Isabella, Emily and Tommy; great-grandson Atticus; siblings June, Herb, Doreen, and Ruth; as well as his many nieces and nephews. Wes was preceded in death by his loving wife Ruth and beautiful daughter-in-law Mindy.

Wes’ family was not solely defined by shared bloodlines.  He was so incredibly proud and humbled to begin and end his life story surrounded by his Neche family.  Carol, Mona/Bill, Kirk/Angie and many others touched his life through kindness and generosity and Wes loved you all very much.

Please join us for a visitation from 3:00 to 5:00 p.m. on Sunday, December 13 at the Askew Funeral Home, 209 Elizabeth Street, Cavalier ND.  Social distancing guidelines will be followed.  The burial will be private, but the family plans to have a celebration of life in the summer. In lieu of flowers, please consider making a donation in support of the City of Neche.  The family will work with the city to determine an appropriate use of the funds.  Please make checks out to “City of Neche” and send to Wes Vosper Memorial Fund, c/o Leslie Sheley, 5774 Cisco Drive, Colorado Springs CO 80924.

To order memorial trees or send flowers to the family in memory of Wesley T. Vosper, please visit our flower store.