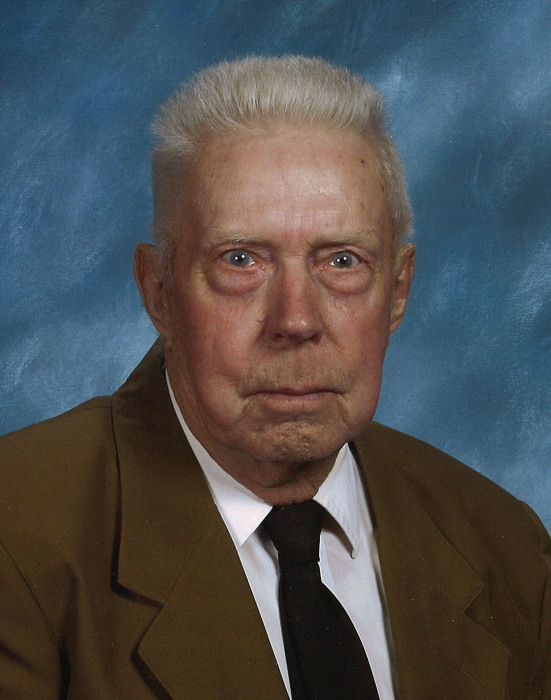 Walter was born May 7, 1924, in Grand Forks, ND. He was the oldest of six children born to Edwin and Helmina (Hendrickson) Gronhovd. His values and work ethic were formed growing up in the early 30’s. He graduated from Nekoma High School in 1942 and then attended North Dakota Agricultural College in Fargo before enlisting in the US Navy where he was a pilot during World War II. On June 11, 1947, Walter married Lorene Boemer from Beeville, TX.  When the war ended, he was given the option of leaving the service. Upon doing so, Walter purchased his current farm in Osnabrock Township. He raised Polled Herefords until the late 70’s. His most enjoyable times were the hours he spent sitting in the tractor getting the crop planted and sitting in the combine getting the crop harvested. He finally had to retire from the tractor in 2017 when his heart problems started.

Walt suffered through back and leg problems the last 60 years, but they never slowed him down. He loved to hunt, fish, and travel to see the world. His favorite trips were those he took with Lorene. Had she lived longer, he would have revisited Alaska (his favorite trip). His only regret was he never had the chance to set foot on Antarctica, the only continent he didn’t visit. His travels finally ended when his back made it too difficult to walk.

Walt’s closest friendships were formed with his high school classmates, the Cavalier County Livestock Association, and members of the church parish. His final gift to Duane was his 13 month old black German Shepherd named Buddy. Buddy will keep Duane and his friends busy for years to come.

Walt was never happier than the days before his passing when he knew he was finally going home.

Surviving Walter are his sons: Duane Gronhovd of Nekoma and Jim(Sue) Gronhovd of Puyallup, WA; grandchildren: Kristin Madsen and Mark (Nikko) Gronhovd, both of Bothell, WA; and great-grandchildren: Brady Madsen, Delaney Madsen, and Parker Gronhovd.  He was preceded in death by his wife, Lorene, and his daughter, Linda.

To order memorial trees or send flowers to the family in memory of Walter Gronhovd, please visit our flower store.