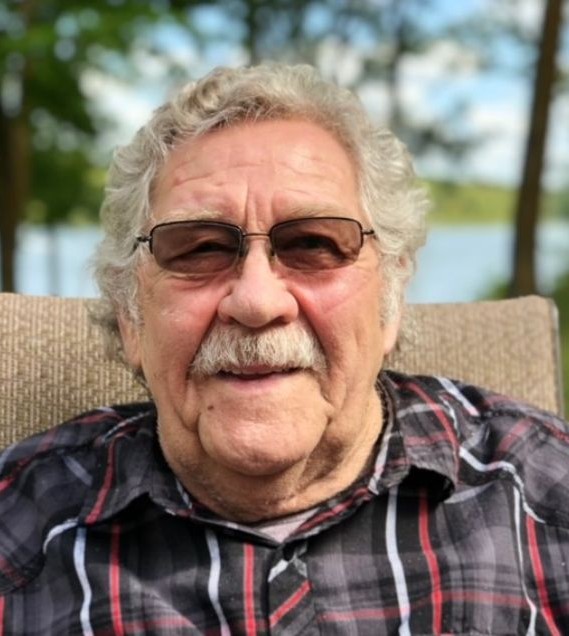 Vernon Earl Benjaminson, 82, of Cavalier, ND passed away at his home on Tuesday, May 31, 2022. A memorial service will be held on Monday, June 6, 2022 at 2:00 p.m. at the United Lutheran Church, Cavalier, ND. Visitation at the church for one hour before the time of services.

Vernon was born on March 2nd, 1940 in his family home on a farmstead in Mountain, ND to Ingvar and Sylvia (Holm) Benjaminson. Vern grew up on his family farm. He attended Mountain School, and he graduated in 1958.

During high school, Vern worked at the local John Deere shop in Cavalier, ND, where he became an excellent mechanic. He was known to be the guy who could fix anything. Shortly after graduation, Vernon began working for Mayo Construction in Cavalier, ND, where he began a lifelong career with the “Mayo Boys”. His summers were spent on the road where he milled, paved, and oversaw his crews across North Dakota, South Dakota, and Minnesota. He was a lifelong “road warrior”. In his winters, he owned and operated an over the road trucking company, where he would answer to the handle, “Benji”. His over the road career took him all across America and Canada where he made many friends and often shared fun stories of his travels.

Vernon married Carolee Cuffe on September 21st, 1972 in Osnabrock, ND. They made their home in Olga, ND shortly after marrying. In 1974, they moved to Cavalier, ND where he became a lifelong resident and raised 3 children: Brent, Nicki, and Ashley. His other daughter, Nicole Aumua, was raised in Minot, ND by her mother Janelle. Carolee and Vern divorced in 1992. He later met Linda Letexier, and she became his partner up until his death. He lovingly referred to her as “Linda baby”. Vern retired from Mayo Construction when he was 72. After his retirement, he spent his time tinkering with his many cars, driving around in the country, participating in Happy Hours with his friends, honoring his Icelandic heritage, and making sure his children and extended family were happy, healthy, and safe.

In the last years of his life, Vern was in failing health. But that did not stop him from doing things his way. He lived independently. He drove his many cars around to visit people. He spent time with his constant companion, Little Vernie, and continued to check in and help all the people he loved and adored.

Vern was preceded in death by his beloved dog, Little Vernie, his niece, Kammi Leland, his great niece, Stephanie Nash, his sister, Marlys Byron, his mother and father, Sylvia and Ingvar Benjaminson, and his sister, Carol Indridason.

Vern will be missed by his family, his bonus family, his Mayo Construction crews, and his many friends he made throughout his long life.

To order memorial trees or send flowers to the family in memory of Vernon E Benjaminson, please visit our flower store.
Open