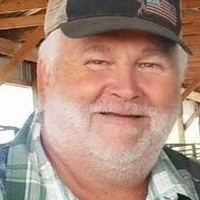 Thomas E. Thorlakson was born May 21, 1959 at Cavalier, the son of Erik and Joyce (Skaro) Thorlakson. He grew up on the family farm near Hensel, ND. Tom attended school at Hensel and Cavalier, ND.

On June 21, 1980, Tom married Tammy Nupdal at Mountain, ND. He worked for Nupdal Brothers Construction, dug graves for Jensen-Askew Funeral Home for 40 years, and also raised cattle. Things he enjoyed were camping with his family, hunting, fishing, and gardening.

Preceding him in death were his parents and sister, Shirley.

To order memorial trees or send flowers to the family in memory of Tom Thorlakson, please visit our flower store.