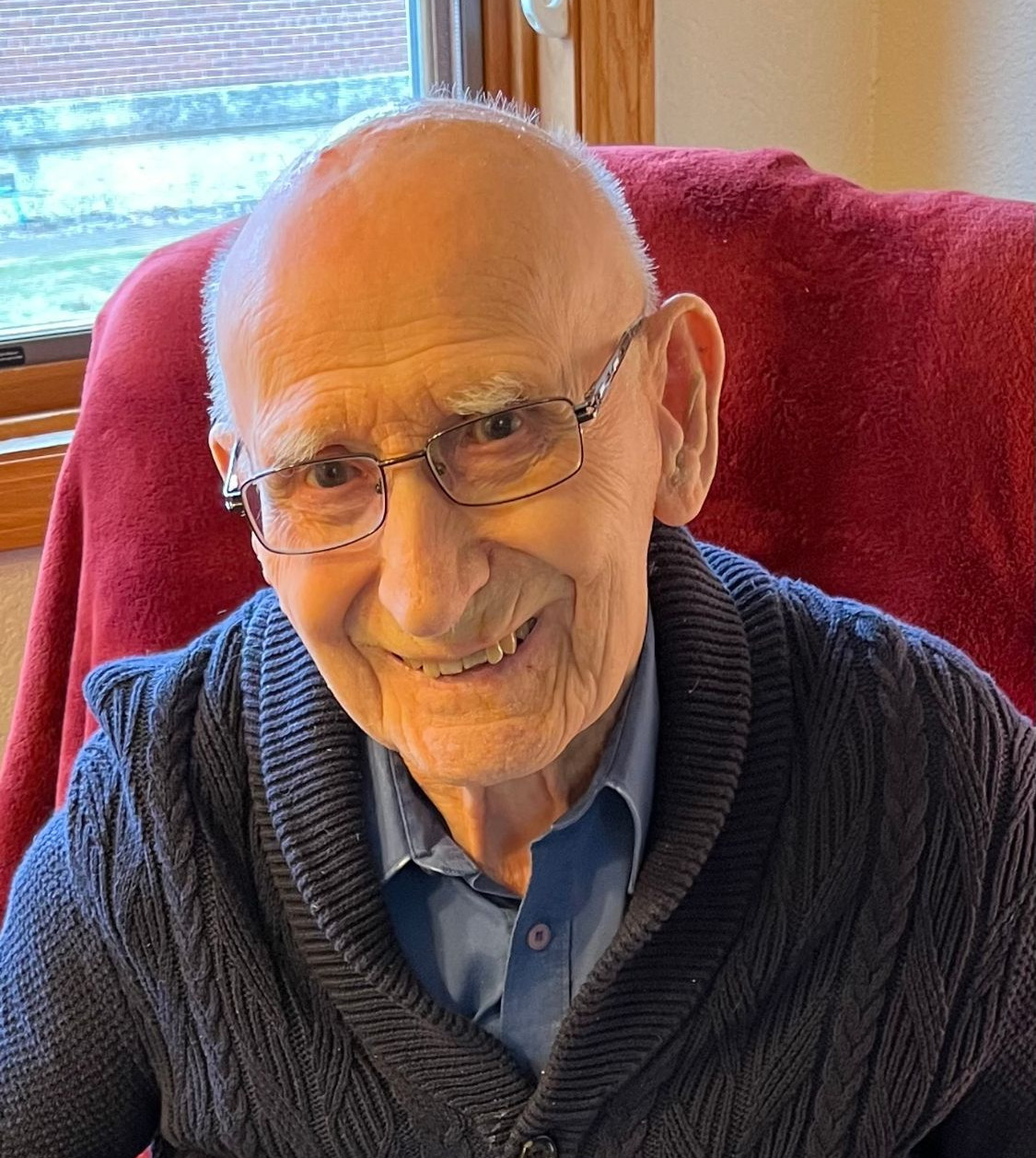 Thomas Mann was born to Philip and Mary (Deck) Mann April 22, 1928, in Perry Township, Cavalier County, the youngest of 17 children. He had 11 years of schooling in Loma Special School District and graduated from high school from St. Alphonsus in Langdon in 1945. After helping his parents on the farm until 1949, he married Mary Ester Machacek in the Holy Family Trinity Catholic Church in Dresden, ND, on June 15, 1949. They purchased a farm in Gordon Township and farmed for 40 years. They raised six loving children, a basketball team and a cheerleader – five boys and one girl. Tom and Mary retired from farming in 1989. They moved into their new home in Langdon in 1977 and were active in the community throughout their later years.

Tom was an outstanding center, left, and rover fielder playing softball and baseball with the Loma and Alsen baseball teams. Tom and Mary both loved music and dancing. They square danced for about 30 years. They had gone many times to Branson, MO; Nashville, TN; Minot Hostfest; Medora musical; Frost Fire and many local musicals. Later in life “Tom and His Sidekicks” Olin Olson, George Schmiess, Bob Tapson, Don Klein and Pastor Michael Jarrett entertained at nursing homes (and sometimes other occasions) with Tom playing the harmonica and the sidekicks with guitar or other string instruments.

To order memorial trees or send flowers to the family in memory of Thomas Mann, please visit our flower store.