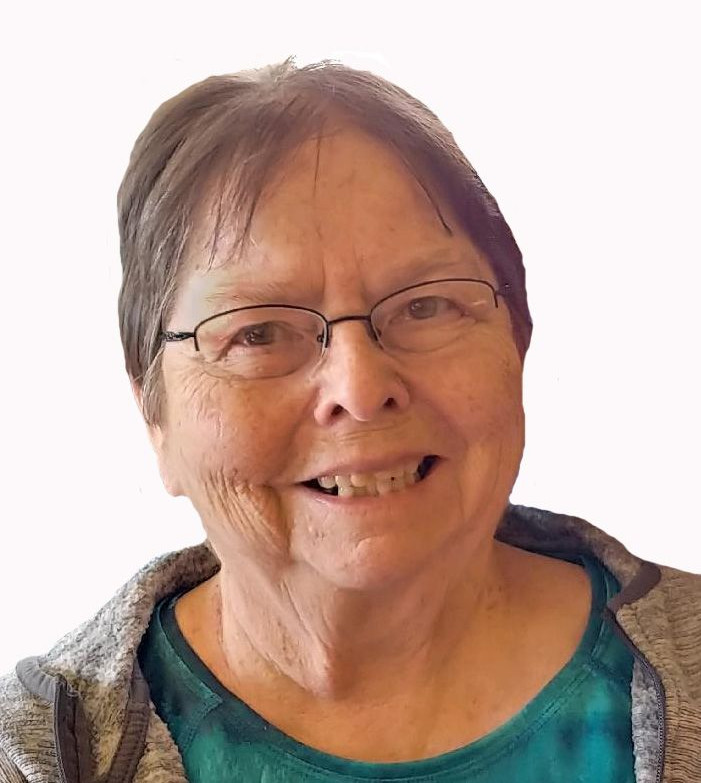 Sylvia Fetsch, 76, of Langdon, ND, passed away Wednesday, July 21, 2021, at Valley Senior Living in Grand Forks, ND.
Sylvia Jean Chaput was born August 4, 1944, to Sylveo “Sid” and Charlotte Chaput in Langdon, ND. She was the oldest of five girls. She attended St. Alphonsus, graduating in 1962. Sylvia continued her education in secretarial studies at Bismarck Commercial College. On August 13, 1964, Sylvia married her high school sweetheart, David Fetsch, who was the love of her life. They lived in Bismarck for a while where she worked at the Bismarck Tribune. They returned to Langdon where they raised their four children: Lynda, Cindy, Charlene, and Loren.
Sylvia was a homemaker for many years but returned to work once her children were in school. She worked many years at Maple Manor Care Center in the activity department. After the children were grown, they lived in Park River for a short time where Sylvia was a secretary at St. Mary’s parish office. They returned to Langdon, and Sylvia went back to Maple Manor to work in the business office until her retirement. She has lived the past three years at a memory care facility in Grand Forks.
Sylvia was a very welcoming, loving, caring, faith-filled person with a special devotion to Mary and the Rosary. She had a silent strength and was the heart of her family. She enjoyed baking, sewing, and a variety of hand crafts along with camping, reading, and doing puzzles.
Surviving Sylvia are her children: Lynda (Tom) Hoyt of Langdon, Cindy (Richard) Solis of Round Rock, TX, Charlene (Eric) Lundebrek of Lowry, MN, and Loren (Stephanie) Fetsch of Langdon; grandchildren: Tiffany (Byron) Shablow, Natasha (Kale) Christianson, Samantha (Kenny) Jensen, Kalton (Taylor) Agnes, Taylor (Averi) Lundebrek, Brittany (Jesse) Hayden, Ashley Fetsch, Nelsen (Katlynn) Lundebrek, Katelyn Fetsch, Zachary Hoyt, Sydney Lundebrek, Dylan Fetsch (Sophie Sondeland), and Jesse Fetsch; 7 great-grandchildren; sisters: Dorothy (Dave) McCullough, Denise (Steven) Bielejeski, and Carla (Bob) Crockett; and many in-laws, nieces and nephews. Preceding her in death are her parents, husband David, sister and brother-in-law Sonia and Robert Heinle, father and mother-in-law George and Lorenda Fetsch, brother-in-law Raymond, brother-in-law George Keeling, nephew Andrew Crockett, and niece Cheryl Condon.
Mass of Christian Burial will be at 10:30 a.m. on Tuesday, July 27, 2021, at St. Alphonsus Catholic Church in Langdon. Visitation will be from 5:00 to 7:00 p.m. with a 6:30 p.m. Rosary and 7:00 p.m. prayer service on Monday, July 26, 2021, at St. Alphonsus Church. Burial will be at Calvary Cemetery in Langdon.

To order memorial trees or send flowers to the family in memory of Sylvia J. Fetsch, please visit our flower store.