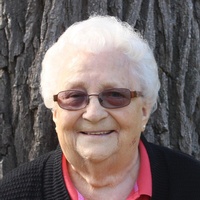 Shirley M Johnson was born April 10, 1929 at Concrete, ND to Martin and Bertha (Rockstad) Johnson. She grew up in the Concrete area and later moved with her family to Cavalier. For several years she cooked at the Chuckwagon CafÄ‚Â© in Cavalier and also worked at the cafÄ‚Â© in Neche, ND for four years.

Things she enjoyed were crocheting, sewing, baking, and in the past years adult coloring books. She especially enjoyed spending time with her grandchildren. Shirley was a member of the First United Methodist Church in Cavalier.

To order memorial trees or send flowers to the family in memory of Shirley Jackson, please visit our flower store.