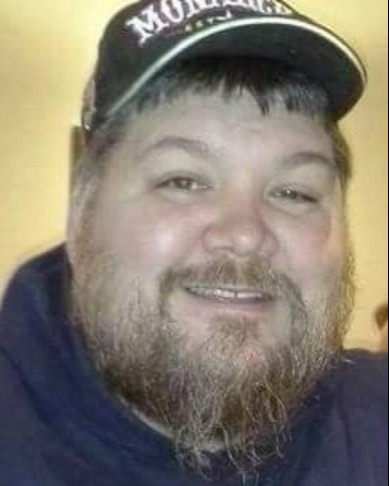 Shawn was born on January 18th, 1972, to Robert and Gloria Jerome in Grafton, ND. He grew up in Walhalla. He attended Walhalla Public School and graduated in 1991.

On December 17th, 1992, he married the love of his life, Darla and they built their life together with their three children in Walhalla. He worked as a maintenance mechanic for ADM as well as volunteering with the Walhalla Ambulance Service for twelve years.  After the kids graduated, they moved to Grand Forks where he worked for IRET properties as the head of maintenance, and as a tattoo artist for 15-plus years.

Shawn was a kind-hearted man, who enjoyed hunting, singing, drawing, and long rides through the hills. It was very evident that his grandchildren were his number one pride and joy although everyone knew it, he made sure most importantly, they knew it. It was true he and Darla would argue over who was the bigger baby hog (he was) and he loved cuddling up with a baby on his shoulder. His pride and joy were his grandchildren whom he loved wholeheartedly. He also stepped up as a godfather for several kids, all of whom he watched over with love and pride. He was sentimental and humble, welcoming people into his home and his heart with no boundaries. His laughter and warm nature will be missed among his family and many friends.

Shawn D. Jerome, 51, of Grand Forks, ND, formerly of Walhalla, ND, passed away Sunday, January 22, 2022, at Altru Hospital in Grand Forks. Memorial service will be held Friday, January 27, 2023, at 2:00 p.m. at the Walhalla Assembly of God Church. Visitation will be held for one hour before the time of the service at the church. In lieu of flowers, memorials are preferred to the Walhalla Ambulance Service.