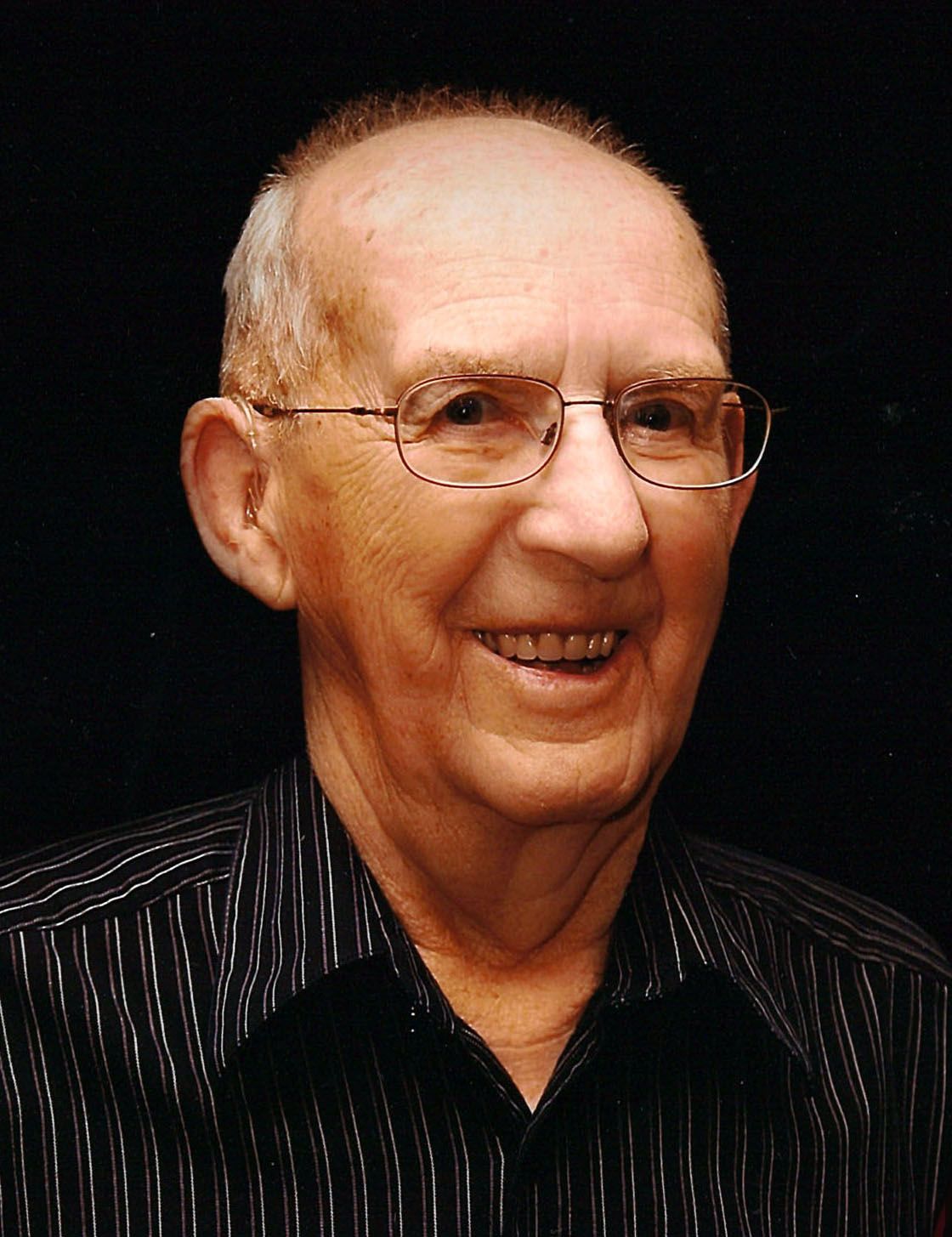 On Tuesday, August 2, 2022, Ronald Linton Olson, World War II veteran, passed away at the age of 97.  He had moved from Langdon, ND, to Hayden, Idaho, 2 years previously to live near his son, Scott.

Ron was born to Edwin and Ruth (Payne) Olson on September 21, 1924, on the family farm north of Langdon, ND. He was the sixth of eight children. Ron attended grade school in West Hope Township and graduated from Langdon High School in 1942. He served three years in the Navy during World War II and was stationed on the U. S. S. Orca as a fire control man for anti-aircraft gunners in the South Pacific. He would tell the story of when a Japanese fighter plane came so close to the deck that he saw the pilot as the plane exploded off the side of the ship. His years in the service had a profound impact on his perspective of life.

Upon discharge, he returned home and was united in marriage to Helen Jennings, a high school classmate, on November 26, 1947, in Fargo, ND. They established their farmstead across the coulee from where Helen was raised. Ron helped build their home, and Helen landscaped their farmyard. It was there they raised their four children: Ross, Lee, Scott and Ramona.  Helen passed away in 2018 after 70 years of marriage.

Ron farmed and enjoyed raising Shorthorn cattle and was active in the Shorthorn Association. Ron was on the Langdon School Board for many years. His Christian faith was very important to him, and he served the Lord in various ministries at Stillwell Community Church, Evangelical United Brethren Church, and Emmanuel Evangelical in Langdon. There he taught the adult Sunday School class. He was active in The Gideons International and served in the state cabinet.

He had an interest in becoming an electrician due to the training he received during the war. He started “Olson Electric” and eventually obtained the level of Master Electrician. Ron and Helen moved to Langdon in 1982 where he worked full-time in that trade. They spent ten winters volunteering their electrical and sewing skills at the Rio Grande Bible Institute near Edinburg, Texas.

Ron was very interested in national and world affairs. His travels during the war had exposed him to a big world. He enjoyed Fox news, NDSU Bison football, and, in later years, taking car rides around Cavalier County. Because of his electrical business, he worked on many houses in Langdon and could recall the landowners of several generations back. Ron had a very sharp mind.

A memorial service will be held at 10:00 a.m. on Monday, August 29, 2022, at Emmanuel Evangelical Church in Langdon, ND. Inurnment will be at Lebanon Cemetery in Langdon.

To order memorial trees or send flowers to the family in memory of Ronald L. Olson, please visit our flower store.
Open