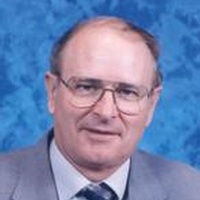 Robert (Bob) Edward Nowatzki, 75, Langdon, ND, passed away on Thursday, July 27, 2017. Bob died peacefully in his sleep of natural causes at home at his farm. Bob was born on March 31, 1942 at Langdon to Joseph and Eva (Pelletier) Nowatzki. BobÃ¢â‚¬â„¢s father died in 1951, and his mother later married Martin Hell.

Bob greatly enjoyed growing up on the farm with his siblings where he lived most of his life. Bob attended rural school through the eighth grade. He attended the agricultural school in Park River, ND, for the first two years of high school and graduated from St. Alphonsus High School in 1960. He enlisted in the United States Army after high school and served for three years, including one year in Korea, and was honorably discharged in 1963. He attended North Dakota State University and graduated in 1967 with a BS degree in agricultural economics. In 1969 he married Kay Saima in Fargo. Bob worked for North Dakota State University from 1967 until 1979, first for two years at the NDSU research center at Carrington and then as superintendent of the Langdon Research Center for 10 years. He farmed from 1979 to his retirement in 1995. He continued to operate a fruit and vegetable truck farm until his death. Bob served in the ND House of Representatives from 1982 to 1992 and 1999-2000. He was a charter member of the Manitoba North Dakota Zero Tillage Farmers Association. In 1994, Bob was a member of a US delegation to Belarus to provide agronomic expertise on the production of industrial oilseed crops on farmland impacted by the Chernobyl nuclear disaster.

Bob enjoyed hunting, fishing, and visiting with friends and neighbors at the local restaurants. In his later years, he was well-known for his U-Pick Juneberries and appreciated visiting with people who came from around the state to pick. He was an active member of the Mt. Carmel and St. Alphonsus Catholic Churches and 4th Degree Knights of Columbus. He was a member of the Langdon American Legion Veterans Organization.

To order memorial trees or send flowers to the family in memory of Robert "Bob" Nowatzki, please visit our flower store.