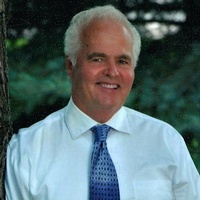 Richard Vernon Williams, age 69, passed away with family by his side at Hennepin County Medical Center in Minneapolis, Minnesota, on August 25th, 2018. Funeral service will be held Saturday, September 1, 2018 at 11:00 a.m. at the Cavalier American Legion. Visitation for one hour before the time of services.

Rick was born on April 11th, 1949 to Vernon and Florence (Christianson) Williams. He resided in Neche, ND, where he graduated from High School in 1967 and then earned a Bachelor's Degree in Education at the University of North Dakota.

Rick was united in marriage to Linda Gainer on June 15th, 1969. They lived in Grand forks, ND and then made their home in Crystal, ND for 13 years where they raised their two children. Rick first taught school and then worked for Olson Fertilizer and Hensel Farmers Elevator. In 1985 they moved to Cavalier, ND and he continued to work at the grain elevator under Cenex Harvest States. Rick enjoyed the outdoors, spending time with family and friends, and especially getting to know and love his heavenly Father through reading his Bible, prayer, hearing the spoken word and entering into fellowship with others.

To order memorial trees or send flowers to the family in memory of Rick Williams, please visit our flower store.