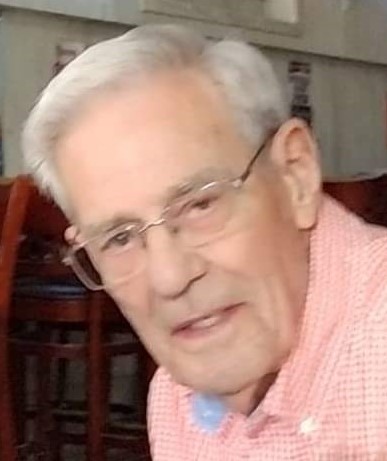 Richard N. Brown, 89, of Crystal, ND passed away Friday, July 31, 2020 at Aneta Parkview Health Center, Aneta, ND. A memorial service will be held Tuesday, August 4, 2020 at 10:00 a.m. the First Lutheran Church, Hoople, ND. Social distancing and the use of masks are encouraged.

Richard was born December 6, 1930 at Long Beach, California to Nathan and Mable (Johnson) Brown. He grew up in Long Beach and graduated from St. Anthony’s High School. Richard then enlisted in the U.S. Air Force and served in the Korean Conflict from 1950 to 1953. After his discharge from the service, he became an electrician and worked in the greater Los Angeles area.

He married Marietta Rostello and together they had eight children: Shirley, Carol, Richard, David, Kevin, Nathan, Timothy, and Susan. Marietta passed away in 1973. Richard then married Alva Axvig Luithle on May 16, 1974 in Long Beach. Alva had two sons: Jerry Lee Luithle and Jay Luithle. In 2005, Richard and Alva moved to Crystal, ND.

Things Richard enjoyed were gardening, playing the piano, his grandchildren, and the Pacific Ocean.

He is survived by his wife, Alva; children: Shirley, Carol, Richard, Nathan, Timothy, and Susan; and several grandchildren and great-grandchildren. Also survived by stepsons: Jerry Lee and Jay Luithle.

Preceding him in death were his parents; first wife, Marietta; sons: David and Kevin.

To order memorial trees or send flowers to the family in memory of Richard N. Brown, please visit our flower store.