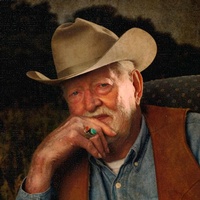 On Sunday, February 24, 2019, Pete F. Fritz, loving husband and father of two children, passed away at the age of 90 in the comfort of his home.

Pete Frank Fritz was born on October 15, 1928, in Silver Springs, Maryland, to Pete and Sadie (Huff) Fritz. He graduated from high school and went on to further his education in the United States Army. He joined the Army at the age of 17 and served his country in Korea and Europe. Pete met the love of his life, Dixie Moore, while stationed in Fort Hood, Texas, and were soon married on January 13, 1951, in Del Rio, Texas. Their honeymoon continued for 59 years, until her passing on May 31, 2009. Upon his retirement at the age of 37 at Fort Bliss, Texas, he pursued a career with NASA/Gruman as an aerospace/electronics engineer. He worked on the Apollo space project and the development of ICBM missiles, which earned him a position with Western Electric which brought him to the ABM Site in Nekoma, ND.

Upon closing of the ABM Missile Site, Pete and his wife moved to Lake Whitney, Texas. There they shared their passion of building their dream home by themselves, which they did. Eventually, their love of family brought them back to North Dakota to spend their remaining years with their daughter and grandchildren.

PeteÃ¢â‚¬â„¢s greatest joy was his grandchildren and spending time with them and their friends. He loved to laugh; he had an incredible wit and loved sharing his Ã¢â‚¬Å›storiesÃ¢â‚¬Å¥ and wisdom with all of them. He was forever blessed to see his great-grandchildren. Pete and Ã¢â‚¬Å›SammÃ¢â‚¬Å¥ were avid collectors of Native American Indian Artifacts and members of the El Paso Archeological Society for over 20 years. He also belonged to the Elks Club and the Eagles Aerie 3454.

Burial with full military honors will be held on May 26, 2019, in Langdon.

Burial with full military honors will be held on May 26, 2019, in Langdon.

To order memorial trees or send flowers to the family in memory of Pete F. Fritz, please visit our flower store.