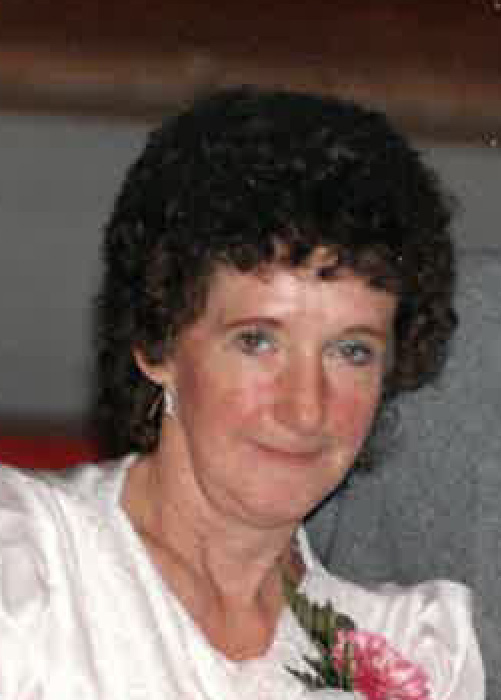 Patricia was born to Vernon and Louise (Belliveau) Styles on December 24, 1941. She was one of four children and grew up in Walhalla.  She was baptized and confirmed in the Catholic faith. She attended Walhalla School and graduated in 1960.  Pat met her husband, LaVerne LaPorte, at a dance in Olga, ND. They courted and then were united in marriage on November 23, 1962, at St. Boniface Catholic Church in Walhalla and resided there for a short while. They also lived in Langdon; "Hank’s Corner" near Concrete, ND; and Easby, ND, where Patricia was a bookkeeper at the grain elevator where LaVerne was also employed. They settled in Osnabrock and made it their home where Patricia lived at her home until October 2020. They raised 2 children, Brad and Sheila.

Pat had various jobs in her younger years: working in the potato fields for Clarence Swenson in Osnabrock, the Good Samaritan Center (Osnabrock Community Living Center) and at the local grocery store as a cashier and shelf stocker. Patricia made a career out of selling "Avon" and was the official "Avon Lady" of Oz for over 20 years.

In her free time, Pat enjoyed gardening and canning, embroidery and acrylic painting on dish towels. She also loved to go camping and having picnics and would camp with her family at Icelandic State Park in the summer time. Pat was a volunteer at the Good Samaritan Center where she "set the ladies hair" once a week. She belonged to the "Red Hat Club" and thoroughly enjoyed her fellow "Red Hatters" company, activities and luncheons. One of Pat’s favorite things to do was visit the Dairy Queen for a chocolate malt.

A private Mass of Christian Burial will be held on Friday, December 4, 2020, at Brooks Funeral Home in Langdon, ND. Burial will be at St. Edward’s Cemetery in Nekoma, ND.

To order memorial trees or send flowers to the family in memory of Patricia LaPorte, please visit our flower store.