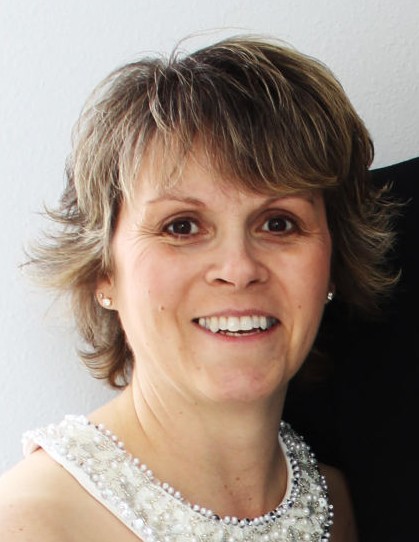 Pamela Lafrenz, 53, of Langdon, ND, passed away Friday, August 9, 2019, at her home in Langdon after a long, courageous battle with breast cancer.

Pam was born April 12, 1966, in Langdon, ND, to Harry and Marie (Chaput) Everson. She attended school in Langdon, graduating in 1984. She then went to Josef’s School of Hair Design in Grand Forks and graduated in 1985. Pam married Greg Lafrenz on June 7, 1986, and had three children together: Amber, Adam, and Austin.

Pam was always very ambitious. While pregnant with her first child, she opened her own salon, Artistic Hair Design, in Langdon. She owned and operated her salon until 2009, when she started working at the courthouse in Langdon. Pam was the assistant tax director for many years while she continued her education. Despite undergoing cancer treatment throughout her schooling, Pam was able to graduate from Lake Region State College in 2011. Pam then became the Cavalier County Tax Director until 2018.

Pam was a very handy woman and seemed to be able to tackle anything. She was always working on various crafts and projects. Pam enjoyed reading, being outdoors, tending to her flowers, taking pictures, scrapbooking, and traveling. Although she had many hobbies, Pam’s main passion in life was her children, grandchildren, family, and friends.

To order memorial trees or send flowers to the family in memory of Pamela Lafrenz, please visit our flower store.