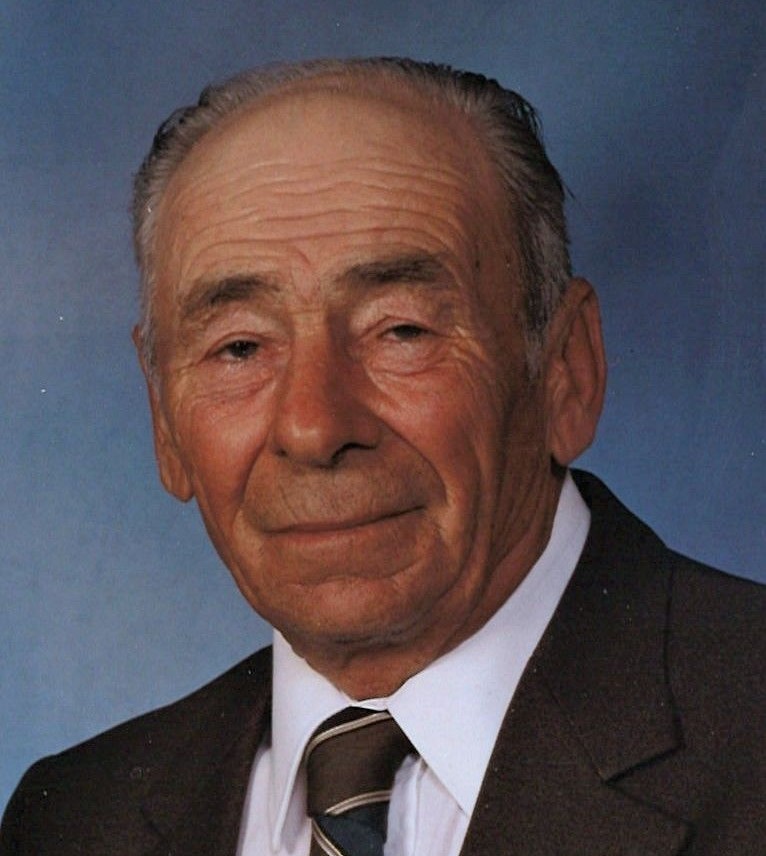 Nicholas Zaharia, 91, of Neche, ND and formerly Bathgate, passed away peacefully on Saturday, March 26, 2022 at Wedgewood Manor, Cavalier, ND. He was also under the care of Hospice of the Red River Valley.  Mass of Christian burial will be Monday, April 4, 2022 at 10:00 a.m. at Sts. Nereus and Achilleus Catholic Church, Neche, ND.  Visitation will be held Sunday from 5:00 to 7:00 p.m. with a 7:00 p.m. rosary and vigil service at the church. In lieu of flowers, memorials are preferred to Pembina County Faith in Action.

Nick was born January 5, 1931 to William and Dora Zaharia, in rural Pembina, ND.  He grew up in the Pembina area attending country school and later attended the Walsh County Agricultural School in Park River, ND.  He met Rita Carignan picking potatoes in the Walhalla area.  They married October 6, 1952 settling near Bathgate where they lived at the “Old Demars Farm”, the “Home Place” and then ultimately at the Zaharia Farm.  Nick raised livestock and farmed for over 70 years.  He later moved into Neche, where he enjoyed visiting with neighbors and anyone passing by.  Nick especially enjoyed his grandchildren and great grandchildren, parades and the Pembina County Fair.  He was a member of Sts. Nereus and Achilleus Catholic Church and the Knights of Columbus. Nick served many years on the Pembina School Board and the Pembina Township Board.  He was also a 4-H leader.  Rita passed away February 4, 2021.

Also proceeding him in death were his parents; son Edward; great-grandson Thaddeus and brother Mike.

To order memorial trees or send flowers to the family in memory of Nicholas Zaharia, please visit our flower store.
Open