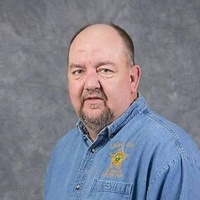 Michael was born on October 30, 1961 in Albuquerque, NM to Glenn and Nelda (Bay) Kubal. He attended school in the Albuquerque area and graduated from Valley High School in 1979. After graduation, Mike entered the US Navy and served his country until he was honorably discharged in 1985. He then lived in the Seattle and Spokane, WA areas where he worked as a cable installer and as a phone line installer for Quest. He married Tami Batchelder, and they had a son, Mitchell. In 2007, Mike moved to Langdon, ND, where he married Shonna Kartes. He worked at Superpumper until 2012 when he started his current job as a dispatcher/jailor with the Cavalier County SheriffÃ¢â‚¬â„¢s Department. On May 14, 2013, Mike was united in marriage to Franna Masingale. They currently made their home in Langdon.

Mike enjoyed fishing, woodworking, gardening, and playing Farmville. He was a very social person and loved visiting with people. He also liked to help people and could always be counted on to offer a smile. He will be dearly missed by his family and many friends.

To order memorial trees or send flowers to the family in memory of Michael Kubal, please visit our flower store.