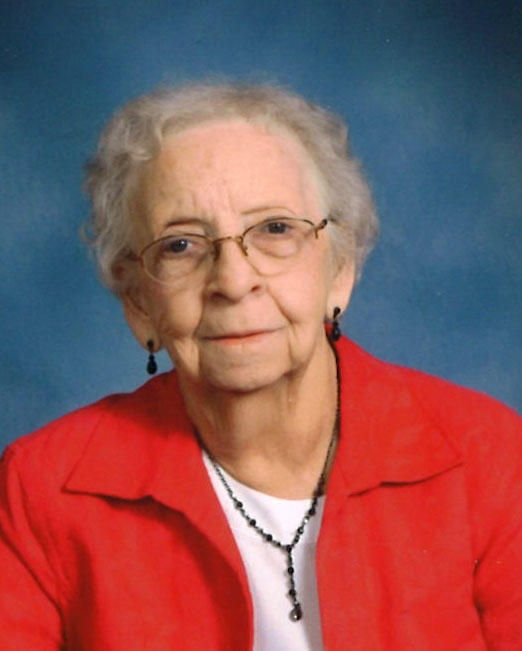 Mary Spaeth, 93, of Langdon, ND, entered the gates of Heaven on Friday, February 21, 2020, at Maple Manor Care Center in Langdon.

Mary Frances Lothspeich was born December 2, 1926 in Langdon, ND to Albert and Minnie (Konze) Lothspeich. She graduated from St. Alphonsus High School in 1945 and attended Valley City State Teachers College. She taught at rural schools in Langdon Township for five years. She was united in marriage to Vernon Spaeth on July 8, 1950 at St. Alphonsus Church and to that union, four children were born.

Mary was a lifelong resident of Langdon, living independently until October 2018, when she became a resident at Maple Manor Care Center. She was a cook by trade and worked at the Green Mill cafe in Langdon and then began working at Cavalier County Memorial Hospital in the Dietary Department in the late 1960s, until retiring in 1991. She was a lifelong member of St. Alphonsus Catholic Church and belonged to the St. Alphonsus Altar Society, the Senior Citizens Club, and the VFW.

Mary was a devoted wife and a loving mother, grandmother, and great-grandmother and a beloved aunt, great aunt, and great-great aunt. Mary lived for her family and especially the occasions that brought them together. She cherished time with all of her family and kept up-to-date with all of their activities and achievements. She loved reading and discussing history-related topics and telling stories of the past, and also journaled her daily activities.

She enjoyed cooking and baking, and a freezer full of goodies was always prepared in anticipation of visitors. One of her signature specialties was her potato salad, which was always a favorite at family gatherings. She enjoyed playing games, such as Bunco and cards.  Mary loved to watch Jeopardy, the Hallmark Channel, and had many favorite shows.  She was a baseball fan of the New York Yankees and also enjoyed watching Twins baseball games, when the Yankees weren't on the TV. She also liked watching horse racing, and always looked forward to the Kentucky Derby.

Mass of Christian Burial will be at 2:00 p.m. on Friday, February 28, 2020, at St. Alphonsus Catholic Church in Langdon, ND, with visitation starting one hour before the service at the church. Burial will be in the spring at Calvary Cemetery, Langdon, ND.

To order memorial trees or send flowers to the family in memory of Mary Frances Spaeth, please visit our flower store.