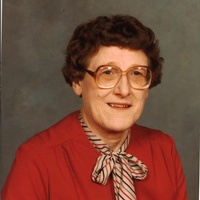 Mary Theresa Arendes was born December 11, 1920 in Elgin Township to Herman and Theresa (Rohde) Arendes. She attended rural school through grade 8 and graduated from St. Alphonsus High School in 1937. After attending Valley City State TeachersÃ¢â‚¬â„¢ College, she taught rural school for one year. Mary then went into active service in the US Army Air Force as an airplane engine mechanic on B24 and B29 planes. After her honorable discharge in 1945, she returned to college at Valley City and earned her standard diploma and then her BS degree in Education and Geography. She taught at Grafton and Fargo before attending graduate school in Massachusetts. Mary then held teaching positions abroad at military bases in the Philippines, Japan, England, and Germany. She returned to North Dakota in the early 1960s and held various positions in the Fargo, ND school system until her retirement in 1983. Mary returned to Langdon where she was active in the Cavalier County Historical Society and was a member of St. Alphonsus Catholic Church and Catholic Daughters.

Mary is survived by many nieces, nephews, relatives in Germany, and many special friends. She is preceded in death by her parents and siblings: George, Herman, Elsie, William, Werner, Anna Delvo and Margaret Witten.

To order memorial trees or send flowers to the family in memory of Mary Arendes, please visit our flower store.