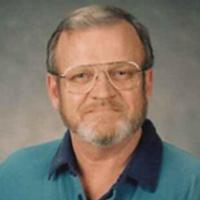 LuVerne Ã¢â‚¬Å›BudÃ¢â‚¬Å¥ was born March 5, 1941 in Langdon, ND to Elmer Wedwick and Earlene (Fjeld) Wedwick Lomman. He went to school in Osnabrock before marrying Jeanette Backes on December 4, 1957 in Canada. Bud worked at a grain elevator and did some construction work before being employed by Boeing Co. in the upper Midwest. He then went on to build and work with power plants in the Beulah and Scranton areas of North Dakota either as a pipefitter, boilermaker, or manning the heavy machinery. After an injury in 1992, Bud had to stop working. He and Jeanette were able to do a little traveling and took their fifth wheel camper to Texas, California and Wisconsin. They moved back to Osnabrock, ND and have resided there since 2003. Bud loved to hunt, fish, do woodworking projects and play computer games.

To order memorial trees or send flowers to the family in memory of LuVerne "Bud" Wedwick, please visit our flower store.