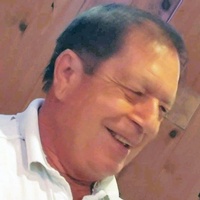 Lloyd was born July 20, 1950 in Langdon, ND, to Nicholas and Evelyn (Williamson) Karel. He grew up in the Leroy area where he attended school and graduated from Neche High School. After high school, Lloyd attended NDSCS in Wahpeton. He worked for the Pembina County Highway Department, Motor Coach Industries, and drove truck for Johnson Farms for 33 years.

Some of the things he enjoyed were hunting, boating, fast cars especially Mustangs, and spending time with family and friends.

He was preceded in death by his parents; brother, Dallas; brother-in-law, Jon D. Johnson; and Tina K. Stegman.

To order memorial trees or send flowers to the family in memory of Lloyd Karel, please visit our flower store.