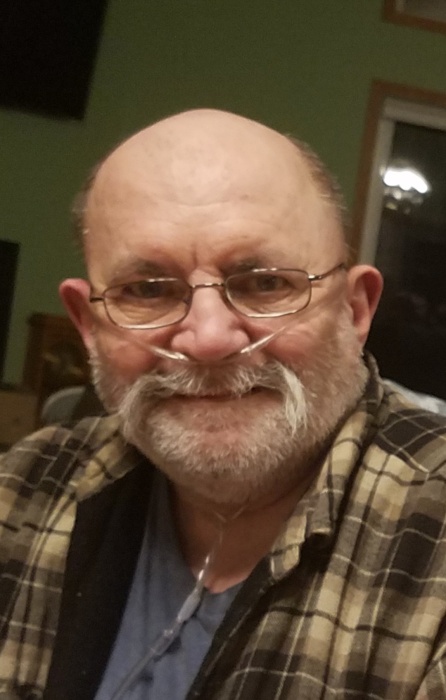 Leslie P. Gebur, 71, of Thief River Falls, MN, and formerly of the Calvin, ND, area, passed away June 26, 2021, at Cavalier County Memorial Hospital in Langdon. Leslie was born March 15, 1950, in Langdon, ND, to James and Betty Ann (Keeling) Gebur. He grew up and attended school in the Calvin area. In 1966, he joined the Job Corp. at the age of 16. He earned his GED there. He served in the US Army from July 1970 to January 1972 and was stationed in Korea. After returning from service, he worked as a crop duster, aviation mechanic and taught airplane mechanics at Northland Technical College in Thief River Falls, MN. He enjoyed flying planes, hunting, reading westerns, and playing cards. He also loved visiting with family and especially teasing his children, grandchildren, and great-grandchildren. He spent the last 13 summers in Calvin and enjoyed visiting with anyone who stopped by the house. Les is survived by his children: Kari (Dan) Sip of Thief River Falls, Kayla Llamas of Las Vegas, NV, Amanda (Nate) Larson of Thief River Falls, and Robert Gebur of Thief River Falls; grandchildren: Lilly (Adrian), Wesley, Riley, Kaeley, Destiny, Alejandro Jr., Lexi, Isaiah, Anthony, Caleb & Benjamin; great-grandchildren: Skyler, Layla, and Emma; siblings: Jim B. (Gloria) Gebur, Jeanette Daniel, and Ellen Hoerer; aunt Ida Mae Buckingham; and numerous nieces, nephews, and cousins. He was preceded in death by his parents, James Gebur and Betty Ann Rodenhizer; brother Wynn Gebur; brother-in-law David Daniel; and grandson Adrian Llamas. A memorial service will be held at 10:00 a.m. on Saturday, July 3, 2021, at Brooks Funeral Home in Langdon, ND. Inurnment will be at Corinthian Cemetery near Calvin, ND. A luncheon will follow at the American Legion in Sarles.
To order memorial trees or send flowers to the family in memory of Leslie Gebur, please visit our flower store.