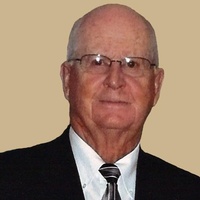 Kenneth John was born April 8, 1931 in Langdon, ND, to John and Esther (Cheatley) Dietz. He went to grade school in the Loma area and graduated from Langdon High School. After graduation, Kenny entered the US Army and served until he was honorably discharged. He returned home and started farming in the Loma area. On October 25, 1975, Kenny and Marilyn Schrader were united in marriage. They enjoyed life in Langdon in the summers and wintered in Edinburg, Texas for over 32 years. In 1989, Kenny retired from farming. He and Marilyn were able to travel to Europe and Mexico various times.

Surviving Kenneth is his wife, Marilyn, of Langdon, ND. He was preceded in death by his parents and brother Clifford (Lou) Dietz.

A memorial service for Kenny will be held at 11:00 a.m. on Friday, September 22, 2017 at the Presbyterian Church in Langdon. Inurnment will take place at Lebanon Cemetery.

To order memorial trees or send flowers to the family in memory of Kenneth J. Dietz, please visit our flower store.