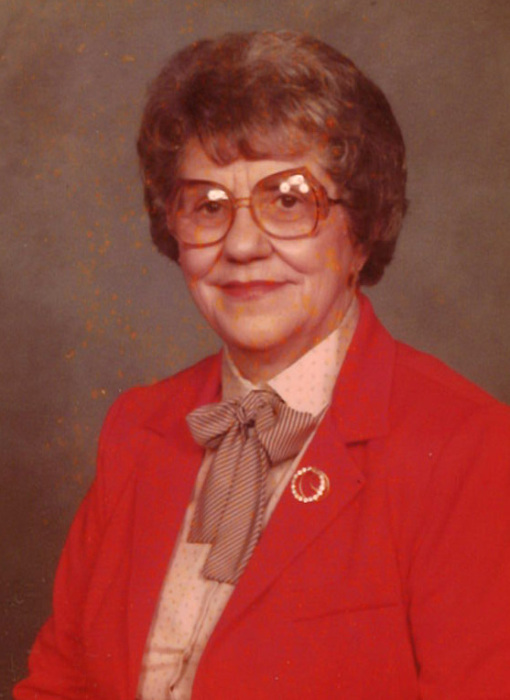 Kathryn Shablow, 103, of Langdon, ND, passed away peacefully to be with the Lord, surrounded by family and friends, on July 29th, 2020, at the Maple Manor Care Center in Langdon, ND.

Kathryn Florence was born September 18, 1916, in Marshall, MN, to the late George and Nelda (Courville) Marcotte. She was the youngest of twelve children. Along with her parents and 11 other siblings, they lived in Marshall until 1920, They resided in Dresden, ND, from 1920-1926. The family finally settled in Langdon, ND, in 1926 where her parents raised them on a dairy farm.  Kathryn graduated from St. Alphonsus High School with valedictorian honors in 1934. She worked at Boyd's Department store for 6 years and then for Pete Anthony Insurance Company for another 6 years. Kathryn’s last job was as the bookkeeper and office manager at the REA in Langdon for over 28 years, retiring in 1974. She was a devoted daughter who lived with and provided care for her parents until their deaths.

Kathryn and Frank Shablow were married by Father Dennis Shue on July 10, 1974, in Fargo, ND. They made their home in Langdon. As the wife of a State Senator and avid trap shooter, she accompanied him on many trips to Bismarck and shooting competitions all over the western United States. When Frank passed away on July 12, 1981, she remained living in their home on 12th Ave., near her good friends Della Crockett, Lola Throndset, and Edna Rose, a friend she knew almost her whole life. She moved to Wheatland in 2011 and then to Maple Manor Care Center in 2016. Kathryn appreciated and praised everyone on staff who cared for her at Maple Manor. They treated her like family and brought tremendous comfort to her in the remaining years of her life.

When Kathryn married Frank, she also took on the role of the gracious step-mom and loved each of them as if they were her own: Russ and Irma Shablow of Austin, TX, John and Judy Shablow and family of Georgetown, TX; grandchildren: Debra (Wallace) Ousse of Frederick, MD, Brian (Denise) Shablow of Minneapolis, MN, Janette Shablow (world traveler), and Shawn Shablow(deceased); great-grandchildren: Jennifer Ousse Seye, Christopher Ousse, Bryanna Shablow, James Shablow, Cynthia Bustos-Santaella, and Shanon Shablow; and great-great-grandchildren: Alioune Seye, Saniyah Santaella and Daniel Santaella.  Already her close friend and confidant, Laurel Shablow, became even closer to her as her sister-in-law.

Kathryn was a lifelong member of St. Alphonsus Catholic Church. She was a faithful member of the altar society and Catholic Daughters.  She was a member of the hospital auxiliary and American Legion Auxiliary.  She enjoyed playing bridge and hosted many bridge parties with at least two different clubs.  In her younger days, she enjoyed bowling in the winter and golfing in the spring.  She loved to knit booties and crocheted wash cloths as gifts that are cherished by many family members and friends.  She also volunteered for Meals on Wheels.  She will be remembered for her sense of humor, her generosity, and her incredibly kind nature.

She is survived by numerous nieces and nephews, especially her niece, Rosemary Marcotte; nephew Tom Kram; and great-nephews Tom Kram and Pat Kram, who were able to be by her side during the end of her life. She was preceded in death by her parents; husband Frank; numerous nieces and nephews; and 11 siblings: Marie Savoie, Oscar, Ulysses, Charles, Beatrice Kram, Magdalene Fischer, Ralph, Anthony, Patrick, George Edward and Ronald Peter.

The church will be live-streaming the funeral mass through their website - www.stalphonsuslangdon.com .

To order memorial trees or send flowers to the family in memory of Kathryn Florence Shablow, please visit our flower store.