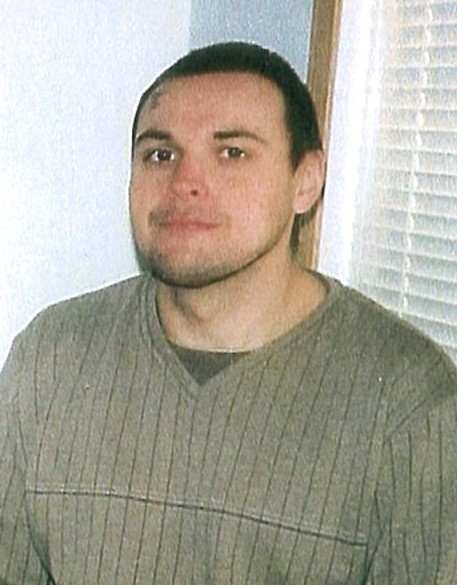 Justin McKay, 45, of Grand Forks, ND, passed away January 14, 2021, due to medical complications from a four year battle with brain cancer.

Justin was born February 21, 1975, in Grand Forks, ND, to Bonnie and Ralph McKay. While living in Grand Forks, he worked at RDO Foods. Upon moving 14 years ago to Eugene, Oregon, he worked at Downtown Athletic Club, Venture Data, and Max’s Tavern with his many wonderful friends. If you were Justin’s friend, he kept you in his life forever. He spent many hours watching the Chicago Bears and attending games and going to many concerts with his life-long friends.

Surviving Justin are his mother, Bonnie, and his wonderful step-father, Francis Jelinek, of Pisek, ND; several aunts and uncles; many cousins; Justin’s precious soul mate, May Shaebanyan-Bady; and his loving second mom, Martha, of Eugene, OR. He was preceded in death by his grandparents, William and Amanda McKay; his father, Ralph McKay; grandparents Melvin and May Gallaway; and the hardest loss of his life - his brother, Jason - just four years ago. Justin gave a brave fight, but God took him early so he would have no more worries or suffering to come.

Services for Justin will be planned in the summer.

To order memorial trees or send flowers to the family in memory of Justin McKay, please visit our flower store.