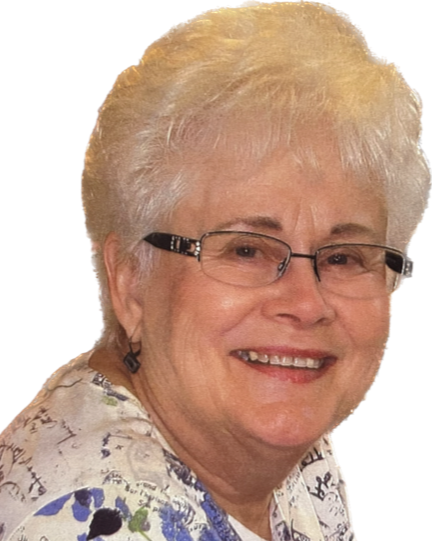 Judith Irene Hvidsten was born January 23, 1940 in Neche, ND to Bert and Irene (Felt) Hvidsten.  After graduating from Neche High School in 1958, she attended UND and was a member of the Alpha Phi sorority.  She later attended Aaker’s Business College.  On May 31, 1959 she married H. Frank Hughes.  After a few years in California, they returned home to Neche to raise their family and begin farming.

Judy was very active in the community and Christ Lutheran Church.  She served on PTO, Neche Park Board, church council, ALCW, call committees and numerous clubs and other committees.  She enjoyed golfing, bowling, square-dancing, playing cards, travelling and always loved to spend time at the coffee shop with friends.  She was an avid sports fan and always kept up with Class B basketball, college WBB and the NFL.

She went to work for Woods Brokerage in Pembina in the late 1980’s.  She car pooled and worked with some of her best friends and enjoyed that time in her life.

In 1990, she married Bert Warner and moved to Pembina, where they lived until 2020.  In August of 2020, she moved to Maple View Memory Care in Grand Forks and resided there until she passed away.  She had an incredible group of people that cared for and loved her there.  The family would like to thank their entire staff for taking care of her the last few years of her life.

Funeral services will be held Sunday, February 5, 2023, at 2:00 p.m. at the United Lutheran Church, Cavalier, ND. Visitation will be held from noon until the time of services.

To order memorial trees or send flowers to the family in memory of Judy Warner, please visit our flower store.