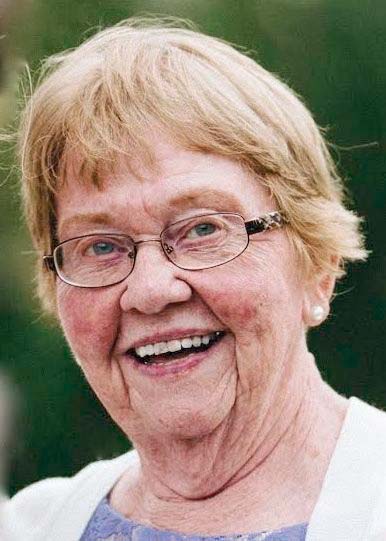 Joyce Rosemarie (Lloyd) Johnston passed away in peace on June 25, 2020, into the hands of our Lord Jesus Christ after fighting a courageous battle against Alzheimer's Disease. She was 88 years old.

Joyce was born on February 20, 1932, to Charles and Ingaborg Knutson in Ryder. After graduating high school there in 1949, she spent one year at Minot Teachers College. She married Lloyd Johnston on August 22, 1952. She was a devoted mother, talented seamstress, and loved to square dance with Lloyd and many friends in the square dance club. She was a master chef and spent many hours in the kitchen. She filled her life with family and friends and served faithfully at the Nekoma Presbyterian Church.

Memorials may be given to the Minnesota-North Dakota Chapter of the Alzheimer's Association.

To order memorial trees or send flowers to the family in memory of Joyce Johnston, please visit our flower store.