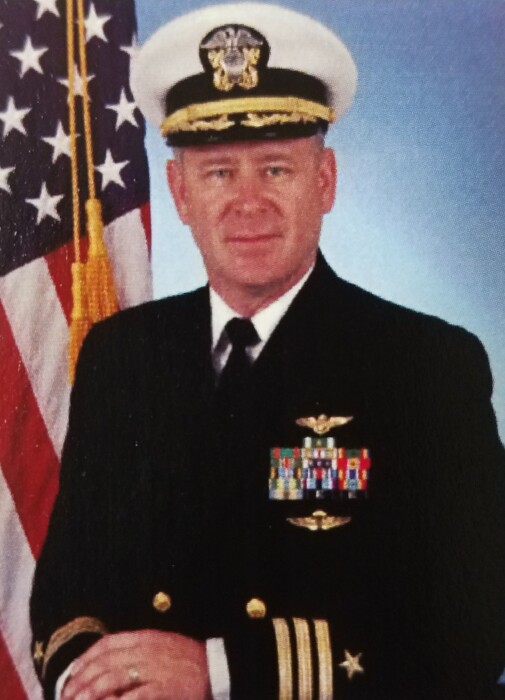 Jonathan L. Hughes, 55, of Grand Forks, ND, formerly of Neche, ND, passed away Saturday, June 13, 2020, near Grand Forks, ND. Funeral Service will be held Friday, June 19, 2020, at 10:30 a.m. at the United Lutheran Church, in Cavalier, ND. Visitation will be held Thursday, June 18, 2020, from 5:00 p.m. to 7:00 p.m. with a 7:00 p.m. prayer service at the church. Social distancing and wearing a mask are recommended. Funeral service will be live streamed on the Askew Funeral Home Facebook page. In lieu of flowers, memorials are preferred to the Union Cemetery or the Neche Fire Department.

Jon was a 1983 graduate of Neche High School. After enlisting as a Marine, Jon graduated from the United States Naval Academy in 1989.  Upon commission, he was assigned to Training Wing (TW-5), Pensacola, FL for flight school and was designated a Naval Aviator in June, 1991. He was reassigned to Helicopter Mine Countermeasures Squadron (HM)-14 in Norfolk, VA to fly the MH-53E Sea Dragon. Hughes returned to Pensacola as a flight instructor in 1995. In 1998, he left active duty but remained in the reserves, assigned to HM-15 in Corpus Christi and flew commercially for Trans World Airlines and Atlantic Coast Airlines. After returning to active duty in 2001, he was deployed in January 2003 to the Persian Gulf and again in 2004, this time as Officer-in-Charge, HM-15 Det. 2. He commanded the 90 person detachment until his transfer to Fort Worth in January, 2005. On October 1, 2006, he was promoted to Commander and assigned to the Naval Air Station Joint Reserve Base, Fort Worth, TX. On July 15, 2007, Jon took his last command of the Navy Operational Support Center, Alameda, CA.

After retiring from the Navy in 2010, he moved to Grand Forks and flew commercially for Sky West Airlines until the time of his death. He also drove beet truck for area farmers and contracted with Trans Systems in the winter months.

Jon enjoyed travelling, camping and boating, snowmobiling, motorcycling and attending sporting events. He remained active in the VFW and spent many of his weekends on water throughout the summer. Jon also spent many evenings and weekends watching his nieces and nephews play sports.

To order memorial trees or send flowers to the family in memory of Jonathan L Hughes, please visit our flower store.