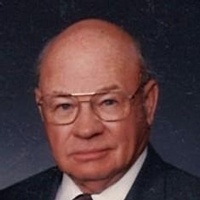 John H. Nolte was born September 24, 1930 at Hallock, MN to Victor and Myrtle (Johnston) Nolte. John was baptized in the St. Vincent Methodist Church, and was confirmed on April 13, 1941. He grew up and attended school at St. Vincent, MN and graduated from Pembina High School in 1948. On November 23, 1949, John married Patricia Ã¢â‚¬Å›PatÃ¢â‚¬Å¥ Cameron at St. Vincent, Minnesota. They lived in St. Vincent, MN after their marriage and from 1953 to 1973 lived at Neche, ND, and then moved to their home in Pembina. In 1947, John began farming and farmed in the Neche and St. Vincent areas. In 2006 he was inducted to the Minnesota Century Farms Program. John was a member of the Neche and Pembina United Methodist Churches. He enjoyed curling and fishing.

Preceding him in death were his parents; brother and sister-in-law, Francis and Shirley Nolte and brother, Harold Nolte; granddaughter-in-law, Aarin Nolte.

To order memorial trees or send flowers to the family in memory of John Nolte, please visit our flower store.