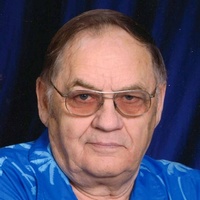 John was born February 12, 1940, in Langdon to John and Catherine (Moos) Delvo. He grew up and attended school in Perry Township. On October 9, 1961, John and Shirley Tetrault were married at St. Alphonsus Catholic Church in Langdon. John took over the family farm south of Langdon with his brother, Jerome, after their father passed away. John also worked winters at Sand Iron and Steel. He enjoyed farming, hunting, fishing, and going to the casino where he and Shirley saw many concerts. He enjoyed talking and reminiscing on the phone to his family and friends. John took great pride is his childrenÃ¢â‚¬â„¢s and grandchildrenÃ¢â‚¬â„¢s accomplishments and attended many sporting events, concerts, and recitals of theirs. John was a member of Knights of Columbus and St. Alphonsus Catholic Church.

To order memorial trees or send flowers to the family in memory of John E. Delvo, please visit our flower store.