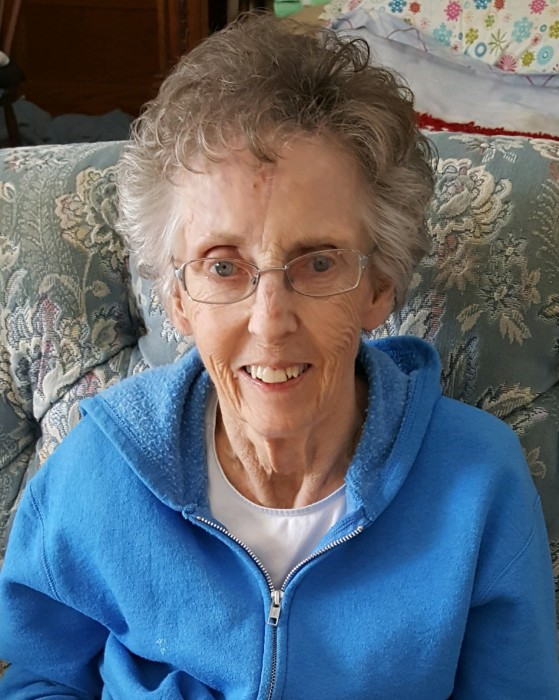 Jo Ormiston, 79, of rural Nekoma, ND, passed away peacefully at her home Friday, August 30, 2019, in the presence of family with guidance from hospice care. Suffering from Alzheimer’s and Parkinson’s diseases, Jo was lovingly cared for at home by her husband of 60 years.

Elvina “Jo” Nelson was born December 27, 1939, in Lakota, ND, to Elvin and Karen (Berg) Nelson. She grew up in Lakota, graduating from Lakota High School in 1957. She continued her education for a couple years at St. Luke’s in Fargo, ND. While in Fargo, she met Alan, and they were married September 6, 1959, at Lakota Lutheran Church. They spent the first twenty-five years of their marriage living in Osnabrock Township and then moved to the Oakland farm in Nekoma Township, where they still resided at the time of her passing.

Jo had many hobbies, including tending her flowers and vegetable garden on the farm, with strawberry- and raspberry-picking a highlight. She also enjoyed sewing, doing ceramics, and watching sporting events and school activities, including the Langdon Cardinals and the NDSU Bison. She enjoyed antiquing, going to auction sales, and collecting. Jo was proud of her Norwegian heritage and became an excellent cook and baker, and on occasion would remind family that she “didn’t know how to boil water when first married.” Jo taught piano lessons to many people throughout the years and was a member of the piano teachers association. She also played piano in two churches where she was a member: Soper Presbyterian and Nekoma Presbyterian. Jo was a member of Ladies Aid, Homemakers Club, Garden Club, and Sewing Club for many years. She frequented the library and sat on the Cavalier County Library board.

Funeral services will be held at 1:00 p.m. on Saturday, September 7, 2019, at United Methodist Church in Langdon, ND. Visitation will be from 5:00 to 7:00 p.m. on Friday, September 6, 2019, at Brooks Funeral Home in Langdon and for one hour prior to service time at the church on Saturday. Interment will be at Soper Cemetery, rural Fairdale, ND.

To order memorial trees or send flowers to the family in memory of Jo Ormiston, please visit our flower store.