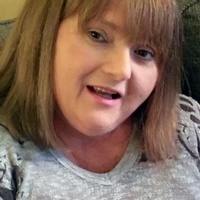 Jennifer (Wilhelmi) Grosse, 56, was born August 26, 1961, in Fargo, ND and died December 7, 2017, in Lincoln, NE. She was the first born child of Kenneth and Lanetta Brooks Wilhelmi. Her brother Jon completed the family in 1966. She lived in Fargo until 1966 when they moved to Liberia and then to Tunisia. In 1972 they returned to the United States and settled in Lincoln, NE. Jennifer graduated from Lincoln Northeast High School. She received her Bachelor of Science degree from the University of Nebraska-Lincoln and then attended University of Nebraska College of Nursing spending most of her professional life as an RN in the neonatal intensive care units at Lincoln General Hospital and Bryan East Medical Center. Funeral services were held on Monday, December 11, 2017, at Southwood Lutheran Church, Lincoln, NE with Pastor Michael Ryan officiating.

Duane Grosse and Jennifer were united in marriage on September 1, 1991. Grant Jonathan Grosse was born September 28, 1998 and Gabriel (Gabe) William joined the family in January 2006. Jennifer loved her role as a mother and wife and spent a lot of time cooking, crafting and planning fun activities for her family and friends.

To order memorial trees or send flowers to the family in memory of Jennifer Wilhelmi Grosse, please visit our flower store.