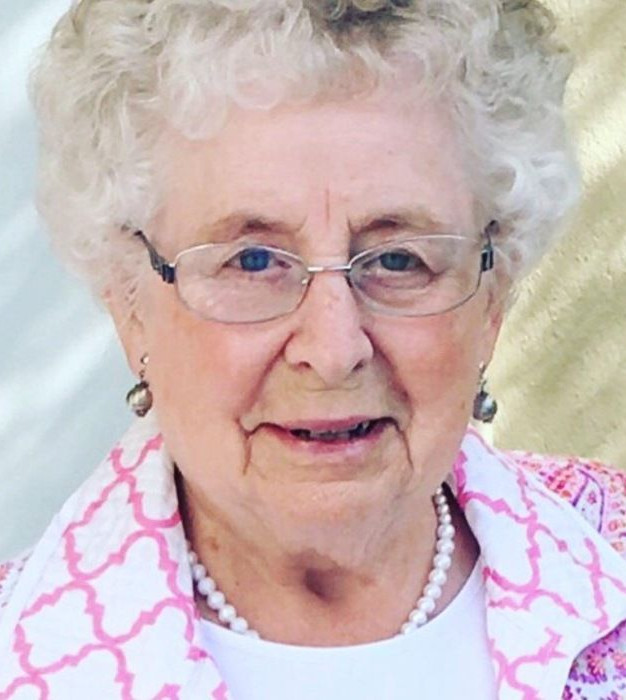 Jean Marilyn Johnston was born on July 29, 1933, to Harvey and Dorothy Johnston (Aitken) in Nekoma, ND, and attended grade school and high school in Nekoma, graduating in 1951.  She attended one year of college at Whitworth College in Spokane, WA. Jean married Robert Dietz on January 1st, 1954, and they eventually settled in Nekoma where they had two sons, Scott and Gavin. Robert passed away in 1965. Jean married Marvin Moen on November 9th, 1968, and they built their house in rural Nekoma where they lived and farmed for over 40 years. They had one daughter, Elizabeth.

Jean held several secretarial positions in her younger days and also worked at the post office in Nekoma for several years.  She was a wonderful homemaker for the majority of her life and, as she was a farmer’s wife, had extra guests at the dinner table many days.  She always had a big vegetable garden and enjoyed tending to all her flower beds.  She began playing piano as a young girl and played piano for Nekoma Presbyterian Church from the time she was 16 until the 1990s.  She was also a dedicated Sunday School teacher.  She loved to read, both fiction and non-fiction, but her favorite book was her Bible.

After Marvin passed away in 2014, Jean spent her years with her daughter, Elizabeth, in Grand Forks, and they traveled and had many adventures, the final one being a move to St. Simons Island in November of 2021.

Jean will be remembered by those who knew her best and loved her most for her strong faith, sweet spirit, infectious giggle, and “look” if there was any misbehaving going on (well known by her kids and grandkids). Her family meant everything to her, and those of us who called her mother or grandmother were beyond blessed, as her greatest gifts to us were her unconditional love and her never-ending prayers on our behalf.  She will be greatly missed, but we will carry on her legacy, knowing she is in Heaven with her heavenly Father and that we will be united with her again.

A private graveside service will be held at Nekoma Lutheran Cemetery in July.

To order memorial trees or send flowers to the family in memory of Jean Moen, please visit our flower store.