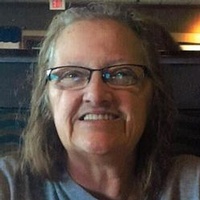 Janice L. Ross, age 64 of Cavalier, passed away peacefully on Thursday, November 9th, 2017. She was born to Dorothy Lorene Williams and Jack Swearingen in Valdosta, GA on July 5th, 1953.

Jan attended O'Keefe High School in Georgia, being raised by her stepfather Richard A. Ross. Family and friends were the most important things to Jan. At a young age, she took care of and raised her brothers and sister as if they were her own. She was a good friend to many people and was known to frequently have a smile on her face.

Jan lived most of her adult life in Texas. She was a loving caregiver not only to her siblings, but to her stepfather as well, caring for him until his death in 2010.

She moved to Cavalier, ND following his death to be near her sister Roslyn. She acclimated quickly to the north and came to love the cool ND weather and upper Midwest people. Jan loved to read, she enjoyed playing bingo and the occasional trip to the casino. Her humor was witty, her nature was kind, her words soft and her time here with us too short.

She was preceded in death by her grandparents and her stepfather Richard A. Ross.

Jan requested that there be no funeral service. The family wishes to thank all those that have extended sympathies.

To order memorial trees or send flowers to the family in memory of Janice L. Ross, please visit our flower store.