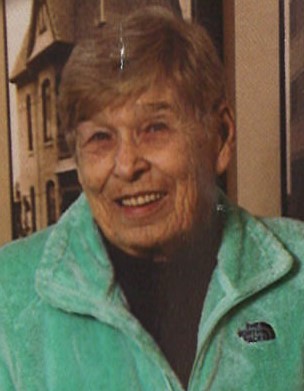 Janice was born February 11, 1937, at Devils Lake, ND, to Jens C. and Lenora (Olson) Hanson. She grew up and attended school at Devils Lake graduating from Devils Lake High School in 1955. Janice then attended Minot State Teachers College before enlisting in the U.S Army where she served as a cryptographer.

On February 1, 1957, Janice married Wayne Cooper in Edgefield, SC. They moved to Fairbanks, AK, where two of their children were born. They then moved to Fort Huachuca in Arizona. Jan and Wayne welcomed two more children while living in Slidell, Louisiana, and eventually moved to Lubbock, TX, in 1970. While in Lubbock, she worked in administration at Texas Tech University in several departments. In 1993, they moved to Hannah, ND, and while there she enjoyed cooking at the Hannah Café.  They moved to an apartment in Langdon in 2010.

In her younger years, Jan enjoyed reading and embroidery. Janice edited the Hannah cookbook and served on the patient relations board at the Cavalier County Memorial Hospital in Langdon. She enjoyed living in the communities of Hannah and Langdon. Janice was known for her sense of humor and will be dearly missed by family and friends.

Funeral service will be held Tuesday, August 27, 2019, at 1:00 p.m. at the Brooks Funeral Home in Langdon, ND.  Visitation will be one hour before the time of the service on Tuesday.

In lieu of flowers memorials are preferred to the Cavalier County Memorial Hospital in Langdon, ND.

To order memorial trees or send flowers to the family in memory of Janice E. Cooper, please visit our flower store.