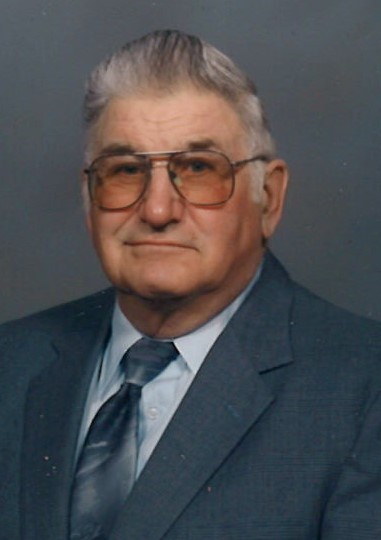 James A. Lembke, 96, of Neche, ND, passed away quietly on Sunday, March 1, 2020, at the Pembina County Memorial Hospital, Cavalier, ND, after a brief illness. Memorial service will be held Saturday, May 30, 2020 at 10:30 a.m. at the Christ Lutheran Church, Neche, ND. Social distancing will be required and wearing of a mask in recommended. Funeral will the streamed on the Askew Funeral Homes facebook page.

James was born December 20, 1923 to Henry and Olga (Lilkie) Lembke on the family farm near Pembina, ND. He was the oldest of six sons. He attended Langton , Moris School and finished three years of high school at Neche Public School. At the beginning of World War II he dropped out of school to help out on the farm.

On January 1, 1944, at the age of 20 he enlisted in the United States Navy. He finished his basic training at Camp Farragut Naval Training Station in Idaho. He served his naval duty on the USS San Diego, the second most decorated ship in World War II. They never lost a man to enemy action after 34 enemy engagements. James was honorably discharged in May of 1946 at the rank of Seaman First Class.

On June 20, 1947, he married the love of his life, Dorothy E. Menke, at the Christ Lutheran Church in Neche. After their marriage they farmed in the Neche area until 1995, when he retired. James loved going fishing and hunting and was very active until he was 90 when his health started to decline. He was a member of the VFW and the Gainer-McAndrews American Legion Post 242. He was also a member of the Christ Lutheran Church in Neche.

He was preceded in death by his beloved wife, Dorothy, of 72 years on January 5, 2020; parents; brothers: Lloyd and Clinton; four sisters-in-law; and one niece.

To order memorial trees or send flowers to the family in memory of James A Lembke, please visit our flower store.