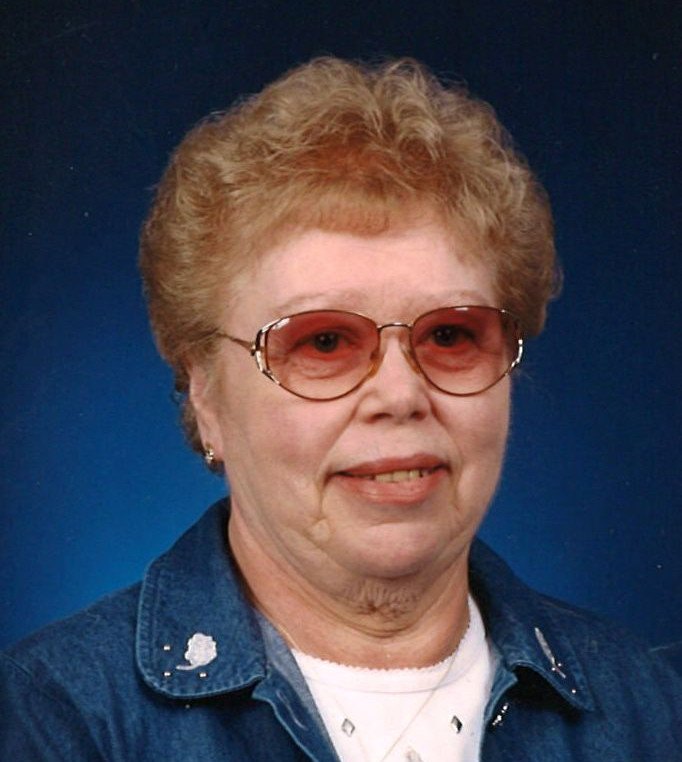 Irene Riedhammer, 82, of Langdon, ND, passed away November 17, 2021, at her home.
Irene Louise Denault was born December 26, 1938, near Olga, ND, to Levi and Elizabeth Denault. On August 16, 1956, Irene and Francis Riedhammer were married at St. Edward’s Catholic Church in Nekoma. They moved to Butte, MT, and raised their family there before moving back to North Dakota, first to Neche and then to Langdon. Irene was employed at Maple Manor Care Center for over 35 years as an aide, helping with physical therapy, and in the kitchen. She loved to cook, watch soap operas, and ‘dog’ sit her daughter’s dog, Virgil.
Surviving Irene are her children: Elma of Langdon, Richard of Fargo, and Roy; grandchildren: Rachel, Venita, Zenala, Alitta, & Alesha; her great-grandchildren; siblings: Louis, Dennis, Raymond (Jana), & Evelyn Harstad; sister-in-law Gloria Denault, along with many nieces and nephews. She was preceded in death by her parents, husband Francis, daughter Frances, and brothers Joe & Harvey.
Mass of Christian Burial will be held at 1:00 p.m. on Tuesday, November 23, 2021, at St. Alphonsus Catholic Church in Langdon, ND. Burial will be at Sts. of Nereus & Achilleus Cemetery in Neche, ND.

To order memorial trees or send flowers to the family in memory of Irene L. Riedhammer, please visit our flower store.