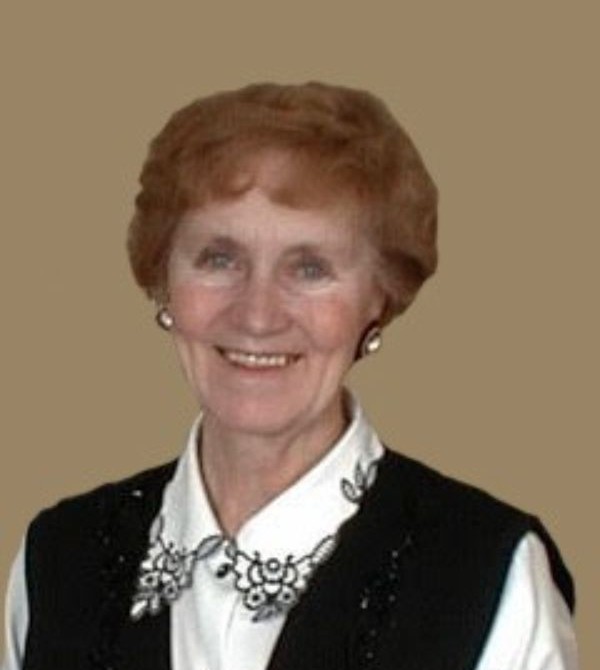 Hetty (Hedwig) Carla Walker, 85 passed away peacefully Saturday October 23, 2021, after a battle with ovarian cancer. A memorial service will be held on Saturday, June 4, 2022 at 1:00 p.m. at the Pembina Pioneer United Methodist Church in Pembina, ND. Following the service a rececption will be held in the church fellowship hall.

Hetty was born in Tilburg, Netherlands and emigrated to Fort Frances, Ontario through
Quebec on the ship Tabinta with her parents and three sisters. She lived in several
lumber camps as a young bride before starting a bait and tackle business in Waldhof,
Ontario where she was also the Post Mistress and operated a General Store. In 1970
she moved to Pembina ND and worked at various businesses. She served on the
Pembina City Council from 1984-1990 then as Mayor of Pembina from 1990-2000.
Hetty then worked at the Pembina Museum and from 2002-2021 served as a Pembina
County Commissioner. She was a member of the Red River Basin Commission and
Red River Community Action as well as many other Committees. From 1985 until 2012
she operated the Pembina Parcel Service.
Some of Hetty’s proudest achievements were when she was named the Woman of the
Year for the North Dakota American Legion Auxiliary and when she was awarded the
Water Management Leadership Award in 2016 from the Red River Basin Commission.
She was instrumental in creating an Emergency Management Committee for Pembina
and in 1996 organized the Pembina River Advisory Board. She worked long hours
during the 1997 flood ensuring that the town of Pembina remained safe.
Hetty was a talented artist and quilter. She enjoyed a game of cribbage and usually
won. She loved her town and participated enthusiastically in many of the events.
She was preceded in death by her husband Charles H Walker (October 2009), sisters
Mabel Koch and Yvonne Silver and her parents Jan and Mabel Koch. She is survived
by sister Paulien (Don) Bainbridge (Atikokan, Ontario), Daughters Karen Walker (Fargo,
ND), Laurie (Tom) Schulz (Crystal, ND), Dawn (Dean Leas) Walker (Fruitland, ID),
Shelly Bjerk (Nucla, CO), and son John (Jennie) Walker (Fruita, CO). She has 7
grandchildren and 10 great-grandchildren.
A service is planned on June 4, 2022, at the Pembina Cemetery. In remembrance of
Hetty’s life, the family requests those who wish to express sympathy to consider
donating to the Altru Cancer Center, 960 S Columbia Rd, Grand Forks, ND 58201 or the
American Legion Auxiliary, Box 585, Pembina, ND 58271.

To order memorial trees or send flowers to the family in memory of Hetty Walker, please visit our flower store.