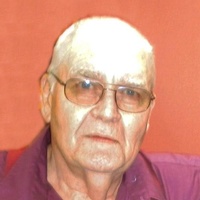 Gale William Watts, 78, of St. Thomas, ND, passed away Wednesday, July 18, 2018 at his home surrounded by family after a short battle with cancer. Funeral service will be held Monday, July 23, 2018 at 10:30 a.m. at the Askew Funeral Home, Cavalier, ND. Visitation for one hour before the time of services. Burial will be held in the Hillside Cemetery, Walhalla, ND. In lieu of flowers, memorials are preferred to Altru Hospice or the Cavalier Ambulance Service.

Gale W. Watts was born August 27, 1939, in Grand Forks, the son of Oran and Rose (Schweitzer) Watts. He attended grade school at Park Center and then Neche High School.

On May 28, 1962, Gale married Judith Otto. He worked for the Bert Olson Farm at Glasston, ND, as a police officer in Neche and Pembina, ND and as a Sheriff Deputy in Walhalla, ND. Gale also worked at the elevator in Walhalla and started managing the Glasston Grain Elevator in 1981, retiring in 2002.

He enjoyed raising cattle, tending his garden, mowing lawn, feeding and watching the birds, reading western novels, and watching the Minnesota Twins. Gale especially loved spending time with his grandchildren and great-grandchildren. He was a member of the Hamilton Masons and past Mayor of St. Thomas.

Preceding him in death were his parents, paternal and maternal grandparents.

To order memorial trees or send flowers to the family in memory of Gale W. Watts, please visit our flower store.