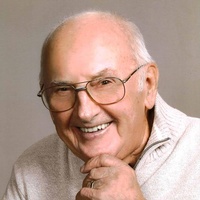 Elton Edwin "Al" Adam was born on December 29, 1931, on the family farm near Streeter, ND, to Edwin and Christine (Henke) Adam. He was baptized and confirmed in the Lutheran faith and carried that faithfulness through his entire life. His early years were spent on the farm the family purchased near Montpelier, ND, with his older sister, Ellenora, and his younger brother, Lee. Al graduated from Jamestown High School with the class of 1952. His early employment was with the Northern Pacific Railroad as Depot Agent. It was while Al was the Depot Agent in Esmond, ND, that he met the love of his life, Dorothy Reierson. They were engaged to be married when he was drafted into the Army. Inducted in 1956, Al spent 18 months of his two-year service in Germany as a radio specialist and telegrapher for the General. He was honorably discharged on May 7, 1958. Al and Dorothy were married on July 19, 1958, at Trinity Lutheran Church in Esmond. Thus began a love story of more than 60 years.

Al and Dorothy were blessed with a son, Jay Elton, in 1960, followed bya daughter, Stephanie Jeanne, in 1966. They moved their young family from Esmond to Langdon in 1968 when Al took a position as the Farmers Union Insurance agent. He continued in this capacity until 1974 when he became the branch manager for Metropolitan Savings and Loan, later named Metropolitan Federal Bank. He retired from the bank after more than 20 years.

Al was widely known in Cavalier County and far beyond. It seemed they couldn’t go anywhere without running into someone he knew…or was related to somehow! Al never knew a stranger, just friends he hadn’t met yet. He was well-known for his ready smile, quick wit, and huge heart. He had many hobbies and interests over the years. He was an excellent marksman and would shoot competitively. He enjoyed billiards and hunting waterfowl and upland birds with family and friends for many years, but his real passion was golfing. He was very proud of his status as “2nd oldest” on the senior golf tour. Al also refereed high school basketball for 17 years. If there was a strong rivalry game in Cavalier County, Al was called to ref. He could be counted on to be fair and impartial on the court. In 1980 Al fulfilled a life-long dream when he attended Reisch College of Auctioneering. His son, Jay, followed in 1981, and Double A Auctioneers was born. With Al and Jay handling the mic, Dorothy, Stephanie and Mary handled the money with Adam Clerking. Stephanie attended auction school in 1997 so Al could hand off some duties. The family continued this business until 2013 when they closed the business. With a deep and abiding faith in God, Al and Dorothy have been members of United Lutheran Church and its choir since the family moved to the area in 1968.

To order memorial trees or send flowers to the family in memory of Elton Adam, please visit our flower store.