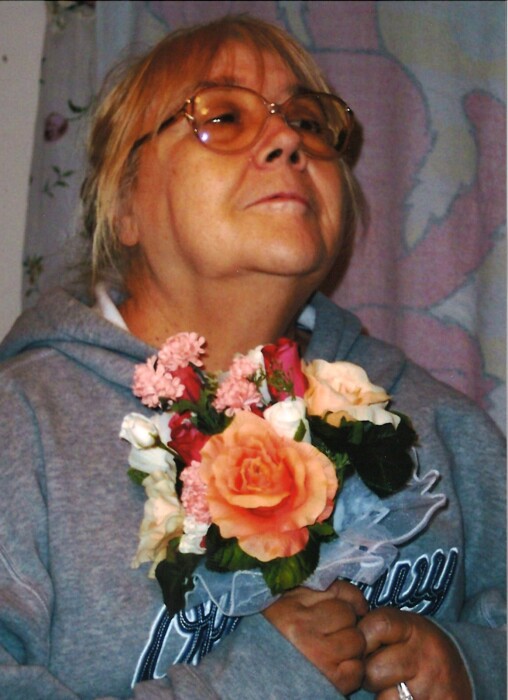 Ellen M. “Nookie” Goulet was born December 7, 1939 at Concrete, ND to Paul and Mary (Vondal) Goulet. She grew up at Concrete and later moved to Walhalla, where she was a cheerleader while she attended school.

She married Charles Henry Jerome and together they had three children, Sherry, Sheila, and James. Nookie later married Abe Toews on October 6, 1967 at Hallock, MN. To this union two children were born, Darla and Jon.

Together, Ellen and Abe made a home next to her parents in Walhalla. She worked picking potatoes and as a waitress before becoming a stay at home Mom. She was uncommonly kind and was a grandma, aunty, or second mom to many of the neighborhood kids throughout the decades. Her home was a safe haven and she kept her door open for anyone in need. She was always willing to listen or give advice or help however she could. She loved rummage sales and music and Christmas. Ellen faced life fearlessly with her family and faith in God. She was a fierce woman who loved family above all and took great pride in her children and grandchildren, nieces and nephews. She is passing on a legacy of love.

To order memorial trees or send flowers to the family in memory of Ellen "Nookie" M. Toews, please visit our flower store.