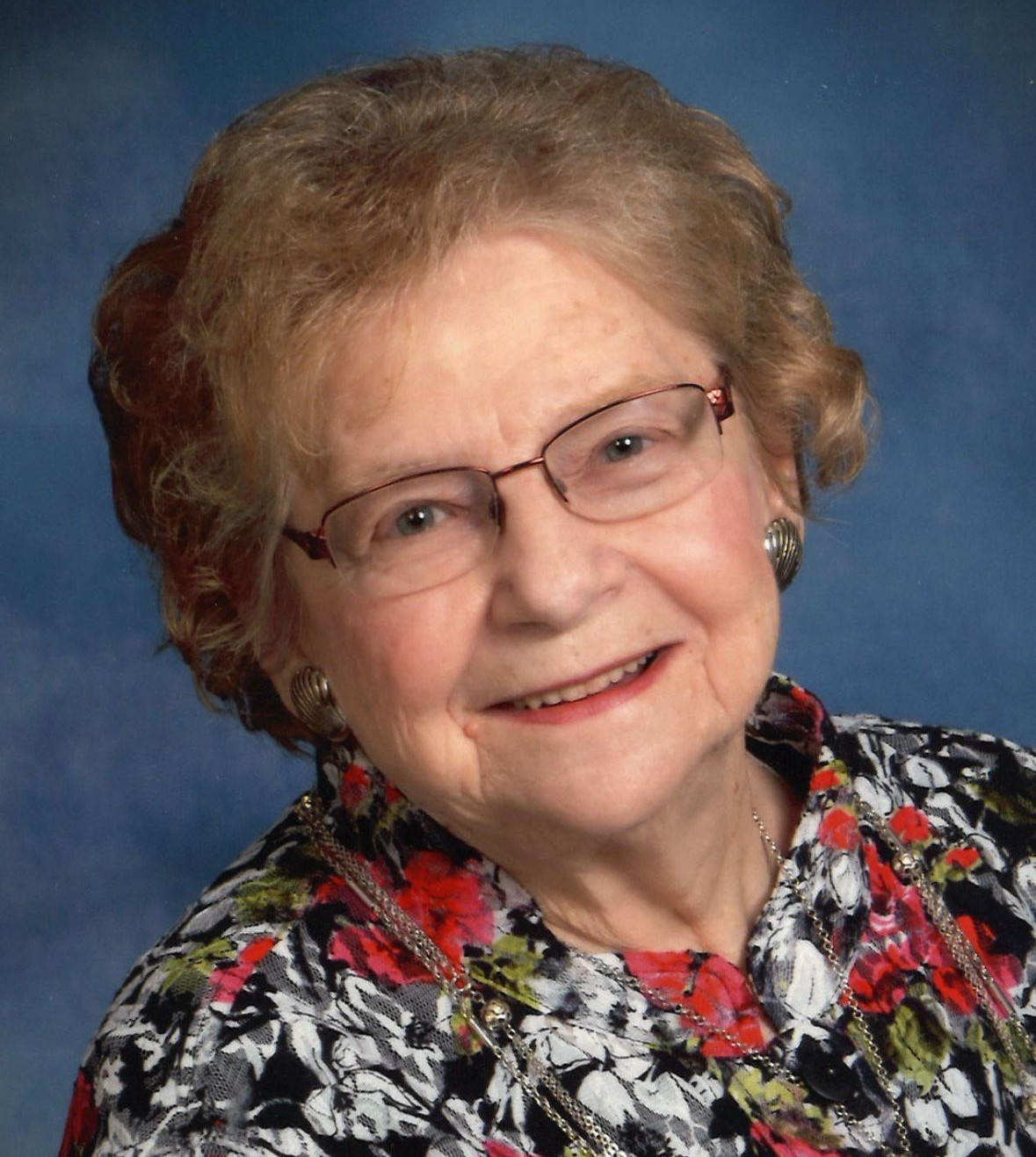 Elaine Marie Karas was born February 3, 1934, in Stirum, ND, to Joseph and Blanche (Ficenec) Karas. She grew up and attended school in the Stirum area. She furthered her education at Ellendale where she received her associate’s degree in elementary education and later attended Mayville State University for her bachelor’s degree. On June 19, 1954, Elaine married Isaac Hill in Stirum, ND. They made their home in Ashley, Scranton, and then moved to Langdon. Elaine taught elementary education and was the Title I teacher in Langdon for many years.

Elaine was a faithful person and very involved at St. Alphonsus Church through Catholic Daughters and Altar Society. She also was an Eucharistic minister, a reader at daily mass, participated in the choir, attended bible study, and helped with adoration. She was an avid card player and enjoyed going to the Senior Center to play bunco. Elaine was a member of the Sweet Adelines and of the Maple Manor Auxiliary. She was a collector of nativity scenes, dishes, and bells - many of which were memorabilia from places she had traveled. She was a huge fan of her children and grandchildren and tried to attend as many events of theirs as she could.

Mass of Christian Burial will be at 2:00 p.m. on Monday, December 5, 2022, at St. Alphonsus Church in Langdon, ND, with the Rosary starting at 1:30 p.m. Visitation will be from 3:00 to 5:00 p.m. on Sunday, December 4, 2022, at Brooks Funeral Home in Langdon. Burial will be at Stirum Cemetery at Stirum, ND. The funeral service will be recorded and uploaded on Elaine’s page on the Brooks Funeral Home website later on Monday afternoon.

To order memorial trees or send flowers to the family in memory of Elaine M. Hill, please visit our flower store.
Open