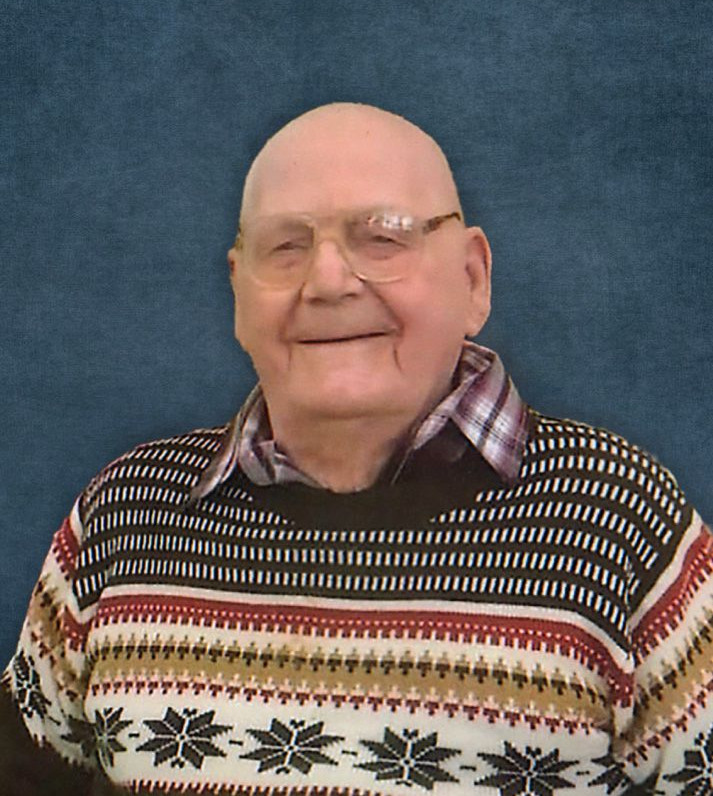 Edward Bodnar, 95, of Langdon, ND, passed away December 7, 2021, at Maple Manor Care Center in Langdon.
Edward John Bodnar was born March 5, 1926, near Dresden, ND, to George and Frances (Clodt) Bodnar. After attending school, Ed worked on his family farm. On January 17, 1949, he married Doris Hahn in Langdon, ND. They rented various farms in the area, and Ed farmed until the early 1960s when they moved to Langdon. He started working at D & O Processing Plant and purchased it in the mid-1960s. Ed built the current Langdon Locker in 1965 and owned and operated it until 1978 when his son, Jim, took over the business. Ed then worked with his son, Dave, on his farm until the early 2000s. Ed enjoyed playing cards, especially pinochle, and reading Westerns. He was a member of St. Alphonsus Catholic Church and Eagles Aerie #3454 in Langdon.
Surviving Ed are his wife, Doris, of Langdon; children: Wayne (Debbie) of Pasco, WA, Doug (Lisa) of Langdon, David (Teri) of Langdon, and Gail (Jay) Breyer of Wales, ND; daughter-in-law Tammy Bodnar; and numerous grandchildren and great-grandchildren. He was preceded in death by his parents, son Jim, and his brothers, Nick and Bob.
Mass of Christian Burial will be held at 10:30 a.m. on Saturday, December 11, 2021, at St. Alphonsus Church in Langdon with open visitation starting at 9:30 a.m.

To order memorial trees or send flowers to the family in memory of Edward J. Bodnar, please visit our flower store.