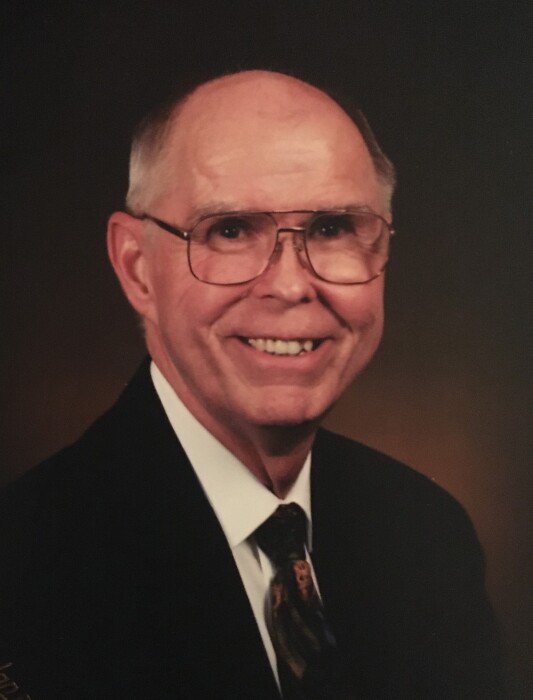 Edward Theodore Bernhoft, 86, originally of Cavalier, North Dakota, passed away peacefully in Cameron Park, CA after a brief illness the morning of Friday, April 30, 2021 surrounded by his loving wife of 57 years, Eileen J Bernoft and his faithful canine pal, Dusty. Ed retired in California in 1998 after a 30+ year career as a credit union examiner with the Federal Government and an independent credit union consultant. This career allowed him and his family to experience many parts of this beautiful country - from DC to San Francisco to Denver and back to California. The education that he received from the University of North Dakota at Grand Forks prepared him for a career he loved and excelled in and he remained a loyal supporter of his alma mater and his fraternity, Sigma Chi, for the rest of his life. Go Fighting Hawks! Ed was a firm believer in giving back to the community. He completed many good works through his involvement in Rotary Club and his church. He is particularly proud of the men’s mentoring program that he helped to establish between the Mill Valley United Methodist Church and  San Quentin Prison. Many lives were positively touched by this program. Ed also loved to have a good time and had many friends with whom he enjoyed endless rounds of golf and bridge, cruises and road trips and a really great bottle of California wine. Ed was incredibly proud of his Icelandic heritage and North Dakotan roots and came back for August the Deuce celebrations whenever he could. His last wish was to come home and to be laid to rest with his brother, Orval Bernhoft, his parents, Olafur and Eygerdur Bernhoft, and his maternal grandparents, the Middals. He was also preceded in death by his sister, Doris MacDonald, late of Los Angeles, CA. He is survived by his wife, Eileen, his daughter, Joyce Bernhoft, his son, Edward S. Bernhoft, his nieces, Cyd Wilson, Elizabeth MacDonald, Cynthia Bayer and his nephews Orrin and Charles (Chuck) A. Bernhoft and many great nieces and nephews.

To order memorial trees or send flowers to the family in memory of Edward T. Bernhoft, please visit our flower store.