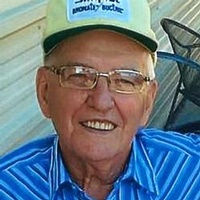 Donald DeMaine, 77, of Cavalier, ND, passed away Sunday, August 27, 2017 at Edgewood Vista in East Grand Forks, MN. Funeral services will be held Thursday, August 31, 2017 at 10:30 a.m. at United Lutheran Church in Cavalier. Visitation will be held from 9:00 a.m. until the time of the service at the church.
Donald was born November 14, 1939 in Grafton, ND to Paul and Kathryn DeMaine. He grew up in the Bathgate, ND area and lived in Pembina County for most of his life. Donald was enlisted in the United States National Guard from 1959-1965. Donald spent 40 plus years as an over the road truck driver, driving for many individuals from the area. He was a member of United Lutheran Church in Cavalier.
Survivors include his sister, Joyce (Neil) Hanson, Hamilton, ND; sister-in-law, Carol DeMaine, Battle Ground, WA; and many nieces and nephews.
Preceding him in death were his parents and brother, Dennis

To order memorial trees or send flowers to the family in memory of Donald DeMaine, please visit our flower store.