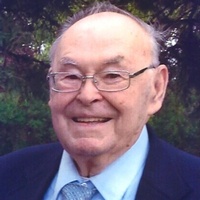 Donald J. DeFoe, 88, of Pembina, ND, passed away Thursday, April 11, 2019, at his home near Pembina. Mass of Christian Burial will be held Saturday, April 13, 2019 at 11:00 a.m. at the Assumption Catholic Church in Pembina. Visitation will be held for one hour before the time of the service. In lieu of flowers, memorials are preferred to Altru Hospice, Cavalier.

Don was born May 27, 1930, in Pembina, ND, to Adolard and Marie (LÃ¢â‚¬â„¢Heureaux) DeFoe. He grew up in the Pembina area and graduated from Pembina High School. After school he worked for area farmers and on a pipeline in Minnesota. Don then served in the United States Navy.

During his enlistment in the Navy, Don married Phyllis Zavoral in Thief River Falls, MN, on November 26, 1951. After his honorable discharge from the Navy, they farmed in the Pembina Area. Don also worked at Motor Coach Industries.

Some of the things he enjoyed were gardening, fishing, deer hunting, and spending time with this grandchildren and great-grandchildren.

He was preceded in death by his parents, sisters: Delores Rising and Betty Ann Donahue.

Visitation will be held for one hour before the time of the service.

Visitation will be held for one hour before the time of the service.

To order memorial trees or send flowers to the family in memory of Don Defoe, please visit our flower store.