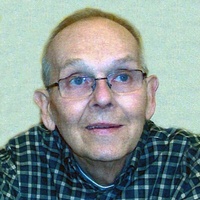 Dennis Thom was born on May 6, 1943, in Grafton, ND, to Herman and Evelyn (Lunde) Thom. He grew up in the Bathgate area and attended country school in Carlisle. He graduated from Pembina High School in 1961. On March 17, 1968, Dennis married Ruth Ann Hildebrant in Cavalier, ND. Dennis worked at Motor Coach Industries for 40 years. He served in the Army National Guard and was an active member of the Trinity United Methodist Church in Cavalier.

He was preceded in death by his parents.

To order memorial trees or send flowers to the family in memory of Dennis A Thom, please visit our flower store.